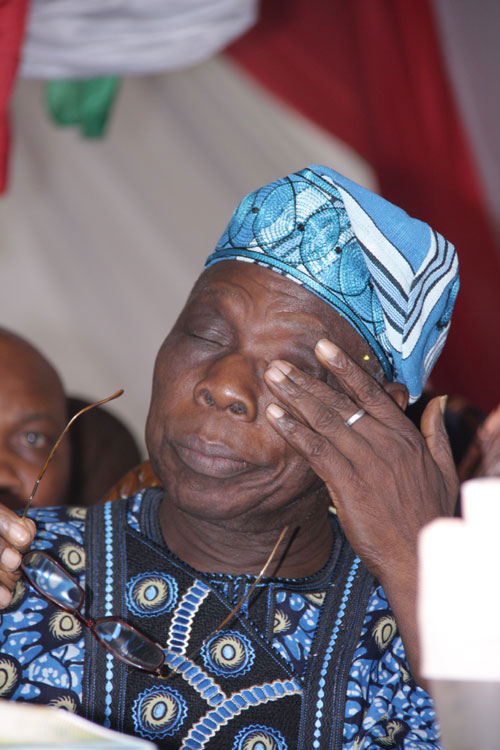 Bodunde was alleged to have received about $5 million from both Mrs. George Mark and Mr.Â  Hans George-Christ who were implicated in the controversial sharing of bribe money toÂ  Nigerian top government officials between 2002 and 2003.

The former presidential aide allegedly received $3 million and N140 million from Mr.Â  George Mark while the sum of $1 million was received from Mr. Hans George-Christ, in twoÂ  tranches of $500,000 respectively.

He was alleged to have received these bribe monies in contravention of Section 1 andÂ  15(d) of the Money Laundering Act, 2004 and punishable under section 15(2)(b) of the Act.

Bodunde pleaded not guilty to the six-count charge.

Before taking his plea, the prosecutor, Mr. Godwin Obla applied to withdraw an earlierÂ  charge filed on 3 September, 2010 and substituted it with a fresh charge which was filedÂ  early this month.

Mr. Adoke Bello, the Attorney-General of the Federation and Minister of Justice, recentlyÂ  dropped the charges against Julius Berger Construction Company when it embraced a pleaÂ  bargain.

Upon pleading not guilty on the allegation against him, Bodundeâ€™s lawyer, Mr. AdeyemiÂ  Aremu from Chief Afe Babalolaâ€™s chambers, made an oral application for his bail. TheÂ  prosecution did not oppose the application.

The court granted Bodunde bail in the sum of N1 million and one surety in like sum, andÂ  adjourned his trial till 16 December.