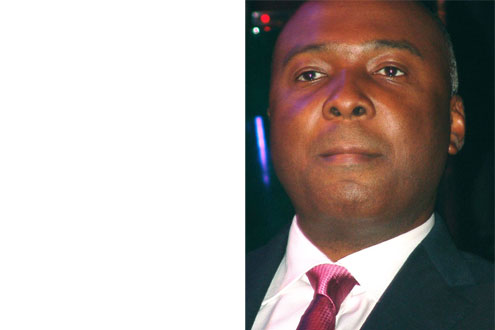 Aliyu advised Saraki, who is also running for president under PDP, to step down and giveÂ  Babangida an edge during the partyâ€™s primaries.

Other candidates who are trying to clinch the PDP ticket for president include, AtikuÂ  Abubakar, Aliyu Gusau and President Goodluck Jonathan.

The governor made the call yesterday in Minna, capital of Niger State, when he hosted

Saraki, who was on a two day working visit in the state.

Aliyu reasoned that although IBB and Saraki are from the North and have the rightÂ  qualities and experience that Nigerians need in a president, Saraki shoud step down as aÂ  younger brother to IBB.

â€œYou should know that in Niger State, we also have our son as a candidate. You mustÂ  appeal to him to leave for you, or since you are the younger one, you leave for him,â€Â  Aliyu said.

However, if a compromise cannot be reached, Aliyu said, both candidates must showÂ  maturity during their campaign as they both come from the same zone.

Governor Aliyu disclosed that some state governors have embarked on a move to removeÂ  Saraki as Chairman Governorsâ€™Forum, adding that the move aims at bringing politics andÂ  disunity among the governors.

He said as long as Saraki remains Kwara State Governor, he will remain the leader ofÂ  Governorsâ€™ Forum, until he informs the Forum that he can no longer cope with campaign andÂ  activities of the forum.

â€œYou are the governor of Kwara State and the leader of Governorsâ€™Forum. You must doÂ  something quickly because we donâ€™t want to be hijacked by some groups who want toÂ  politicise the forum,â€ Aliyu said.

Governor Saraki who spoke briefly with jounarlists said that there is still enough timeÂ  for negotiation and will reach out to Babangida for a compromise.