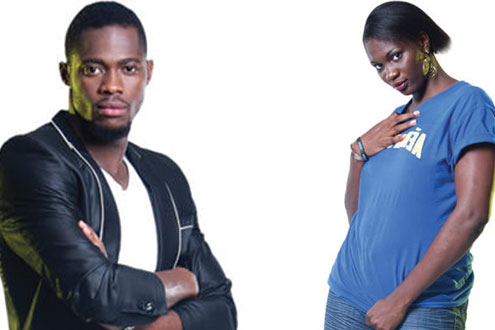 Simeon, who got the boot on Monday after he came last in the task of the day, had hisÂ  journey in the jungle terminated right at the task zone. He came last as well as failedÂ  to complete the task given them. They were to arrange some set of balls to form theÂ  letter â€˜daggerâ€™.

On her part, Sabdat, fondly called â€˜Mummy Jungleâ€™ by her fellow contestants, did notÂ  expect what awaited her at the Place of the Talking Drum last night after she came lastÂ  in the task she and other contestants were given. She was evicted last night from theÂ  show after she came last in the dayâ€™s challenge. She was the last to meander through someÂ  onbstacles set for them after several attempts.

Bob-Manuel Udokwu, the showâ€™s anchor, had asked her about her failure in the dayâ€™sÂ  challenge when the contestants met him at the Place of the Talking Drum and she pleadedÂ  for a second chance from the Council of Elders.

Her hope was, however, dashed when Bob told her that the Elders had thought over herÂ  performance and concluded that she was no longer worthy to remain in the jungle and thatÂ  her clock had stopped.

Sabdatâ€™s eviction dampened the spirits of other contestants when they got back to theÂ  camp, as her fellow contestants counted much on her maturity and the way she handledÂ  things, being the oldest in camp.

The race to become the Ultimate Hero continues till 22 October, 2010 when the winner willÂ  emerged.

The first casualty of the eviction trap was the least of all expectations. It wasÂ  Dandison Strongface, the 22-year old Rivers State-born macho that exuded courage,Â  strength and the needed can-do ability right from the selection stages.

Strongface is strong, tall, almost 7ft in height and was perceived to be veryÂ  calculative. Unfortunately, his mental ability made a mockery of his physical abilityÂ  during their first major individual challenge. The 12 contestants were given same taskÂ  which started as group effort but ended as individual puzzle. He failed to find solutionÂ  to his own puzzle and for that he got booted out.

The next contestant that was caught in the web of eviction was 21-year old DeltaÂ  State-born Tonia Oduah. She did not only disappoint her fans, she also disappointed herÂ  family because her older brother Melvin Oduah came second in last yearâ€™s edition of theÂ  programme.

Another surprise eviction after Toniaâ€™s wasÂ  24 year old handsome Simeon Okorougo, aÂ  Lagos-based model who hails from Imo State. He is tall and elegant but all that couldnâ€™tÂ  help him solve a critical riddle that others solved easily. The brain work was too muchÂ  for him and for that reason; his clock stopped ticking.

As the competition gets thicker by the day, and with the eviction of four of theÂ  presumably toughest contenders, the eight remaining members of the Order of HeroesÂ  started getting frenetic. Drama, intrigues, squabbles and tension became their lot.

Sadness enveloped the camp last night following the eviction of the next victim. She isÂ  the oldest member of the camp, Sabdat Bamitale Ahmed. The 27 year old Kogi state bornÂ  basketball player was the most loved member of the camp. She was nicknamed Mama JungleÂ  because of the motherly role she took up in the camp, caring for the welfare of all herÂ  camp-mates. Her eviction was so painful to the other contestants that after her exit,Â  they decided to immortalise her with a bamboo seat specially constructed and named afterÂ  her.