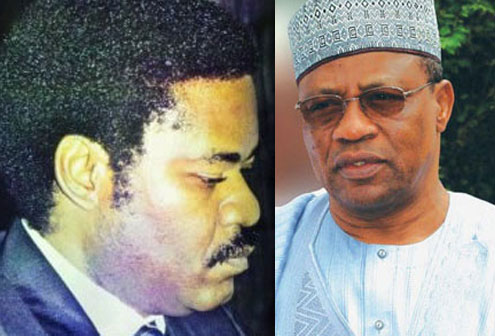 Contrary to the persistent denials by General Ibrahim Badamasi Babangida (retd) thatÂ  he has nothing to do with the assassination of Newswatch magazine foundingÂ  Editor-In-Chief, Dele Giwa, 24 years ago, his former aide, Major Debo BashorunÂ  insists the former military president has a case to answer.

Bashorun, the military press secretary to Babangida, spilled the beans in hisÂ  forthcoming memoir, an excerpt which was made available to P.M.NEWS this morning.

According to the retired major who was hounded out of the military because heÂ  refused to do the bidding of his master, â€œit is quite possible that I am the onlyÂ  person alive today that could substantiate the Babangida administrationâ€™s dubiousÂ  actions, certainly worth investigation, in relation to the assassination of DeleÂ  Giwa. And in a determined attemptÂ  to stop me from divulging what I know, a strategyÂ  was put in place apparently to ensure that the secret goes with me to the grave.â€

He adds: â€œAlthough Newswatch had as much resisted the temptation to treat theÂ  President (Babangida) as an ogre despite evidence linking his regime to the murder of Dele Giwa, it would still have not taken a genius to figure out that the governmentâ€™sÂ  apathy was meant to exact revenge on the paperâ€™s (Newswatch) relentless campaign toÂ  unmask the killer(s.)â€

Bashorun writes that the failure of the Babangida regime to congratulate Ray Ekpu,Â  one of the founding editors of Newswatch magazine, who had won the InternationalÂ  Journalist of the Year Award in 1988, two years after Dele Giwa was assassinatedÂ  through aÂ  parcel bomb, became a matter of public concern â€œwhich saw our position asÂ  a sign of intolerance for criticisms against some of our policies.â€

He had to raise the issue at a presidential staff meeting. It was on the basis ofÂ  this that Babangida accepted to send a congratulatory letter to Ray Ekpu and theÂ  Management of Newswatch. But he later developed a cold feet after the meeting withÂ  Colonel Halilu Akilu who was the director of Military Intelligence. Instead,Â  Babangida decided that Ray Ekpu and his colleagues should be given money which theyÂ  initially rejected but later collected under pressure.

Bashorun was then ordered to attend the award ceremony in America where he was toÂ  gather information from Nigerian guests at the event about how they felt about theÂ  murder of Dele Giwa. He was given some gadgets for the recording.

To quote Bashorun: â€œThe nature of that package, at that point, indicated that thereÂ  was no longer a doubt about my belated suspicions over the murder which had become aÂ  malignant tumour for our administration. I was awestruck by this indirectÂ  self-implication of the governmentâ€™s involvement, at some level or the other, in theÂ  circumstances of the crime. True, accusing fingers had been pointed in itsÂ  direction, voices raised in direct accusations, but the suppositions were stillÂ  hypothetical. Akiluâ€™s proposal only confirmed the complicity of Babangida and Akilu,Â  for how could they have suddenly embarked on this new adventure after seeminglyÂ  perfecting their denial stance in a brutal crime that was without precedent inÂ  Nigeria. The governmentâ€™s implicit acknowledgement of a cover-up interest in theÂ  crime, as expressed through the Director of Military Intelligence, showed that heÂ  and the president knew more than they had publicly admitted.

â€œMy memory quickly switched to the presidentâ€™s hostile reaction after my visit withÂ  Alhaji Muhammadu Gambo, (then Inspector General of Police) in my quest to find outÂ  the progressÂ  of the so-calledÂ  investigation into the assassination. AkiluÂ  proceeded with his brief. On my arrival in New York, I was to contact the leader ofÂ  a group of public relations experts whose name and phone numbers were listed on aÂ  piece of paper he produced. He went further that after establishing the contact, IÂ  should invite the man over to my hotel for discussions on which approach to takeÂ  concerning the purported propaganda package. I was also to furnish him with allÂ  relevant inside information of our administration that would be necessary to perfectÂ  the strategy. Stressing once again his demand for my full cooperation, the colonelÂ  insisted that it was the only way that the blood-stained reputation that Deleâ€™sÂ  murder had given our regime could be cleansed.

â€œAkilu wentÂ  even further. In addition to this primary assignment, I was alsoÂ  expected to carry out some eavesdropping activities on our compatriots who wouldÂ  grace the award ceremony. To facilitate the latter, the officer brought out a smallÂ  equipment that resembled an audiometer with flat rubber tops and different wiresÂ  dangling from an athleteâ€™s bag which had been lying in a corner. My hear felt it wasÂ  jumping out of my body but I tried not to show how scared I was. Akilu then followedÂ  with a demonstration of how to wear it on himself. My first reaction was to wonderÂ  why the president would want my participation in this diabolical scheme when hisÂ  American contacts could have assembled the package without my involvement. I beganÂ  to have this strong feeling that the whole scheme was nothing but a set-up withÂ  hidden dangers for me. My brain must have been turning like a cyclone in the head.

â€œFirst, the thought of trying to spy on my compatriots bothered me even as much theÂ  possibility of being caught in the act became a terrifying reality. Another scaryÂ  aspect of the mission was the chances of being intercepted by U.S law enforcementÂ  agencies while carrying such sophisticated equipment on my person.Â  My looks mustÂ  have said it all but the â€˜lecturerâ€™ was quick to interject that his demonstrationÂ  was only to familiarise me with the equipment and that my acquaintance-to-be in NewÂ  York would provide me with a similar gadget during our meeting. Perhaps the biggestÂ  worry was how to handle the newly discovered secret that the government had anÂ  unhealthily suspicious interest in Deleâ€™s gruesome murder without becoming a victimÂ  myself. I was still struggling to muster the courage for questions when AkiluÂ  delivered the blow that completely weakened me at the knees. He emphatically statedÂ  that the eavesdropping aspect of the mission was meant to wrap up the evidenceÂ  allegedly gathered already that Deleâ€™s colleagues â€“ Yakubu Mohammed, Ray Ekpu andÂ  Dan Agbese actually orchestrated the killing to facilitate their take-over of theÂ  company…

â€œ:But then, why would the president present the media executives with cash gifts ifÂ  he already knew they were conspirators in the murder? Why was he trying to be niceÂ  to people who through their alleged complicity were the same people destroying nameÂ  of his administration? It was no good arguing with someone who takes you for a fool.Â  After finishing with his demonstration of the equipment, the intelligence chief thenÂ  moved down to the adjoining room and brought out a packet of micro-mini cassetteÂ  recorders which he claimed would act as a back-up for secretly recording ofÂ  conversations of other Nigerians who may turn up at the venue of the ceremony. ThisÂ  equipment would have passed for an ordinarily famous American cigarette pack whichÂ  adorned its cover and was identical to the one given to me by the president forÂ  recording speeches during the Dele Giwa Memorial Week about two years earlier.

â€œThe tape recorder, the name of the man to meet in New York together with his phoneÂ  numbers and Atikuâ€™s private numbers gave me sufficient reasons to start botheringÂ  about my own safety. In addition, my air ticket issued by the Protocol DepartmentÂ  was inexplicably routed through Abidjan and London. This kept me wondering why aÂ  direct flight ticket straight to New York which would have saved the government someÂ  money was not procured. The ticket â€“ purchased from a foreign airline â€“ alsoÂ  violated government standing regulations which forbade the patronage of suchÂ  businesses where a Nigerian Airways flight was available.

â€œThe circumstances surrounding the routing of the ticket further fuelled myÂ  suspicions that something was amiss and because of that, I decided to leave the tapeÂ  recorders at home instead of carrying them with me on the trip. I reasoned that ifÂ  the need became urgently pressing, it would not be difficult to purchase some fromÂ  Department Stores scattered all over New York. Boarding the aircraft presented noÂ  hassle because of my familiarity with the terrain but once airborne, the reality ofÂ  being an unwilling accomplice in a venture which did not evolve by happenstance butÂ  rather by design took control. It then dawned on me that the tape recorder couldÂ  have been a bugging device or something used for other covert purposes and theÂ  consequences of being caught with it frightened the hell out of me. I decided toÂ  leave it at home before I boarded the plane, having resolved to proceed in a mannerÂ  that would render this, in advance, as mission impossible.â€

Bashorun had revealed in a newspaper interview last June that he was being houndedÂ  because of the book and the facts it contains on who killed Giwa.

According to him, â€œI was privy to some of the terrible things… My problem is 2011.Â  Babangida wants to become president again. I am not saying I am the only person, butÂ  I am one of those who know that he is connected to the death of Dele Giwa. That isÂ  why they have been trying to kill me.

â€œI was sent to do a dirty job in America in respect of Dele Giwaâ€™s death. I was sentÂ  to cover up what they did. I refused to comply. When I came back, they threw me intoÂ  jail. Newspapers reported it that time. I protested. The press was on my side then.Â  I was shouting on the roof top that â€˜these people want to kill me.â€™ They decided toÂ  send me to a unit in Makurdi, which was a Siberia then. I refused to go.Â  Incidentally, the General Staff Headquarters, which was my unit (and Babangidaâ€™sÂ  unit too), issued an order that whoever wanted to leave the army should volunteer.Â  It coincided with what was happening to me. So, I volunteered and resigned. I quotedÂ  their order in the resignation letter I sent them. But out of those who resignedÂ  then, I was the only person whose resignation letter was rejected. I contacted someÂ  attorneys. Alao Aka-Bashorun was my lawyer.â€

He added: â€œBabangida has assembled a think tank of south-westerners who have warnedÂ  him of my tell-all book that is about to be launched. They warned him that if I amÂ  allowed to launch the book, the expose contained there will totally destroy hisÂ  chances of even gaining a foothold any where in the South-West.â€

Major Debo Bashorunâ€™s book will soon be published in and outside of Nigeria.