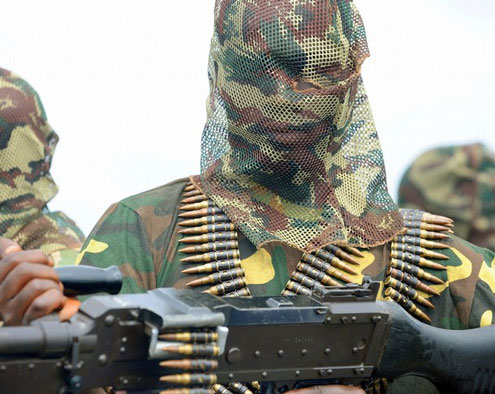 The Movement for the Emancipation of the Niger Delta, MEND, has issued a freshÂ  threat to bomb any campaign gathering President Goodluck Jonathan might plan toÂ  address.

According to MEND in a statement released via electronic mail today, the group willÂ  no longer entertain any enquiries, but it will send releases to media outfits toÂ  warn or make statements of claim.

The statement issued by MEND spokesperson, Jomo Gbomo, warned residents of Abuja,Â  the Federal Capital Territory, and all Nigerians planning to attend politicalÂ  campaigns of President Jonathan to be wary of their security.

â€œWe hereby repeat our warning to residents of Abuja and all persons who will beÂ  interested in attending his political campaigns to beware,â€ MEND warned in theÂ  e-mail.

â€œMEND attributed its position to what it called a split in the country that was onceÂ  united and the disunity in the Niger Delta region, which it said was sponsored byÂ  the President.

During the celebration of Nigeriaâ€™s 50th year independence anniversary in Abuja, twoÂ  bomb explosions killed about 14 people and injured several others. MEND claimedÂ  responsibility for the attack.

The group, which had earlier warned that it was planning to strike, also threatenedÂ  more bomb attacks. Security was later beefed up nationwide to forestall breakdown ofÂ  law and order.

A few days after the bomb blasts, coordinator of the Babaginda CampaignÂ  Organisation, Dr. Raymond Dokpesi, was arrested by operatives of the State SecurityÂ  Service, SSS.

He was questioned in connection with an alleged text message that one of theÂ  suspected bombers sent to him.

Dokpesi was later released. But he denied sponsoring the attacks. None of theÂ  suspects arrested in connection with the bomb blasts has so far been arraigned in aÂ  court of law.

During his trial, Okah was said to have admitted in evidence a diary where heÂ  entered words like â€œa fight to the finishâ€ two weeks before the Abuja bombings.