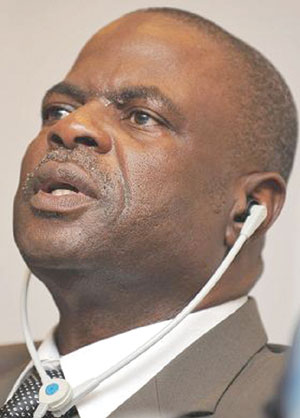 Adamu, a member of the Executive Committee of FIFA and the Confederation of AfricanÂ  Football, CAF with Tahitiâ€™s Reynald Temarii, both in the committee due to decide theÂ  2018 and 2022 hosts would be sanctioned by FIFA if found guilty of the allegations.

And a further probe has been launched into at least two countries bidding for theÂ  2018 and 2022 World Cups to see if they breached the rules by cutting a deal onÂ  votes.

Journalists exposed the officials secretly touting for payments to vote for rivalÂ  nationsâ€™ bids to stage the tournament.

A FIFA statement revealed: â€œInvestigations are ongoing in relation to other FIFAÂ  officials who may have been involved in the issue in question.

â€œAn investigation has also been opened into the member associations in question asÂ  well as their bid committees.â€

The host of the 2018 Cup is expected to be decided by FIFAâ€™s executive committee byÂ  secret ballot on 2 December. But, the body may postpone the ruling due to theÂ  scandal. England are up against rivals Russia and two joint bids, one from Spain andÂ  Portugal and another by Holland and Belgium.

The Sunday Times has a video footage showing Adamu allegedly requesting forÂ Â  Â£500,000 for â€œa personal projectâ€ in return for his support to undercover reportersÂ  posing as US businessmen. It was alleged that Adamu asked for the said amount toÂ  enable him build four astro turf to enable the game develop.

Both are accused of offering to sell their votes with Temarii allegedly seekingÂ  funding for a $3m Oceania training facility to be built in Auckland. The SundayÂ  Times continued to follow up by approaching Russia, now seen as England’s biggestÂ  rival to the 2018 hosting rights.

Vitaly Mutko, the Russian Minister of Sport who is chairman of their bid, suggestedÂ  that The Sunday Times story was a case of pro-England 2018 spin. He said that thoughÂ  he had been involved in negotiations with Adamu, there was nothing illegal involved.

The scandal has raised suggestions that the voting process should be delayed. ButÂ  Mutko said: “I don’t think there is such a need because if we intervene with suchÂ  dramatic changes, we can spoil the whole process.

“I am convinced that this story should not influence in any way the process itselfÂ  and the decisions.”