Charly Boy, Denrele Gay Saga, I have No Apology â€“CB 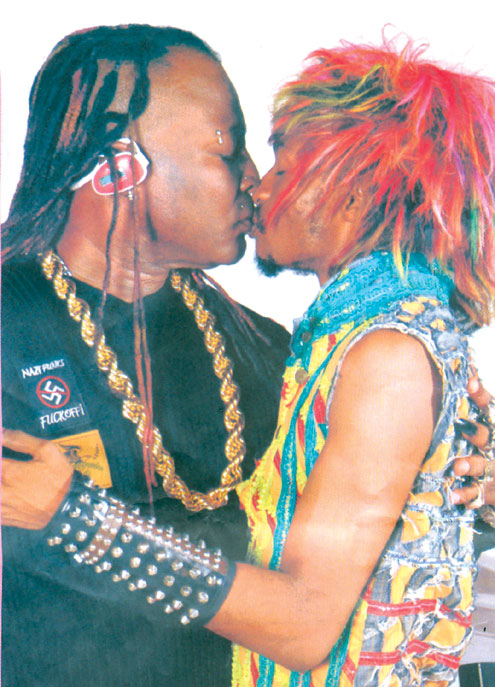 Following the public outcry that greeted the recent suggestive photographs ofÂ  Charles Chukwuemeka Oputa a.k.a. Charly Boy and top broadcaster, Denrele Edun, inÂ  the latest edition of an entertainment magazine, E24-7, both have said that theyÂ  have no regrets.

CB, as Charly Boy is popularly called, was captured engaging in a passionate kissÂ  and cuddling with Denrele in the photographs.

Speaking with P.M. Entertainment in separate interviews, the duo claimed that theÂ  photographs are truly theirs and not a computer generated shots.

According to CB in pidgin english, â€œanything wey you like, go write, e no concernÂ  me. When you wan print, you dey tell me before?â€

Denrele Edun said when the publication came out, there were lots of comments fromÂ  people, adding, â€œyou know Nija people, they will react but left for me, I donâ€™t oweÂ  anybody any apology. I have every right to do anything I like.â€

Continuing, Edun said that the photographs were meant to fiddle with peopleâ€™s brain.Â  â€œThank God, it is achieving the purpose. I have come a long way and I know what IÂ  want at every point in time.â€

Reacting to whether CB is his gay partner or not, he said: â€œMy sexual life is myÂ  private business, it has nothing to do with the photographs. E je kan ma so lo, ki aÂ  ma pa â€™wo lo, meaning let people say what they like, I donâ€™t care.

Apart from the general public that has been commenting on Facebook and through textÂ  messages, a top singer, who does not want his name mentioned, said: â€œCharly Boy canÂ  do anything for publicity, but as for Denrele, I pity him.â€