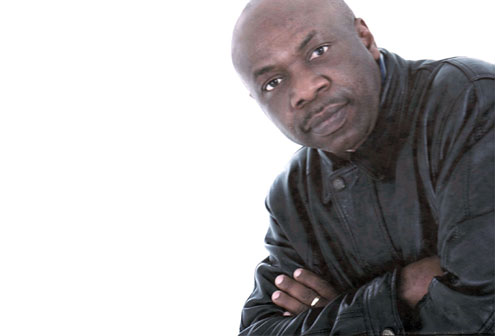 Mr. Shawn Abrahams, the prosecutor in the trial of Nigeria’s terror suspect, Henry Okah, has told the JohannesburgÂ  court in South Africa thatÂ  Okah is being investigated by the home affairs department for fraud relating to his application for South African citizenship.

Abrahams alleged that Okah had given the department fraudulentÂ  documents. Abrahams also said the self-confessed war expert was being investigated for money laundering and weapons proliferation by the South African police.

The disclosures came amidst the battle by Okah’s lawyer to secure him bail. Okah will know later today if his bail application has succeeded.

Yesterday,, following the taunting by Okah’s lawyer, challenging the South African authorities to produce evidence linking him with the twin car bombings in Abuja, the state returned with some ‘damning evidence’, indicating that Okah was not just the mastermind of the bombings, but also the financier. The revelations came in an affidavit deposedÂ  byÂ  Noel Graeme Zeeman of the Directorate for Priority Crime Investigation, in the South African Police Services (SAPS), which was tendered in the court. P.M. NEWSÂ  reproduces the affidavit:

â€œIn brief, and to date, investigations into the said bombings reveal the following from verifiable evidence: Prior to the detonation of the two vehicle-improvised explosive devices on 1 October 2010 in Abuja, two vehicles, namely a Honda and a Mazda 626, were purchased in Lagos on the instruction of the accused by persons complicit in the crime.

On the instructions of the accused, the said vehicles were conveyed to Port Harcourt, where the boots of the vehicles were loaded with dynamite, which were packed in sacks and wired with timers.

At 11h 00am, on 1 October 2010, a vehicle borne improvised explosive device was detonated along Shehu Shagari Way, a public bridge road near a prominent hotel in Abuja. The Honda was used in this first explosion, which resulted in the death of one person and severe injuries to many other persons.

Approximately 10 to 15 minutes after the first explosion, a second vehicle borne improvised explosive device was detonated about 100 metres away, near the Wuse Market. The Mazda 626 was utilised in the second explosion, which resulted in the death of 11 persons and severe injuries to many other persons.

The Nigerian Police Force Anti-Bomb Squad, Forensic, Investigative authorities conducted a post-blast investigation of the scene. Two cellular telephones, each with multi-strand wires attached thereto, were found in proximity to the scene of the second explosion.

The post-blast investigations confirmed that the main explosive charges were located in the boot of the vehicles and that dynamite had been used.

Explosive residue swabs were also collected by investigators from each vehicle.

The Vehicle identification numbers (VIN numbers) of both vehicles were established. The driverâ€™s licence of a Nigerian national was also found by Nigerian Police at the scene.The explosions took place under the supervision of Chima Orlu, a Nigerian National, who is still at large. Chima Orlu acted on the instruction of the accused.

Orluâ€™s telephone records have revealed that he had been in contact with the accused on numerous occasions leading up to 1 October 2010. Of greater significance is that Orlu had sent an SMS message to the accused at precisely 10h58:59am on 1 October 2010. This SMS was followed by another SMS from Orlu at 13h13:01 am and again at 13h29:59pm, the same day.

Ben Ebere, a Nigerian National who is also at large, and who is also known as Ben Jesse, assisted Chima Orlu in the supervision of the said explosions. Ebere had been in telephonic and SMS contact with the accused right up to 29 September 2010.

The contents of all SMSs between the accused and other perpetrators are still being investigated.

An e-mail communication between the arrested persons in Nigeria, namely, John Tarmy, First Man, and the accused on 1 October 2010, communicates the following: â€œdone, tell them to leave now.â€