Era of Epileptic Power Will Soon Be Over â€“Jonathan 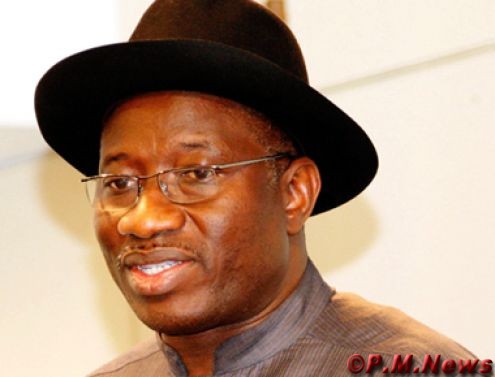 President Goodluck Ebele Jonathan has reassured Nigerians that the era of epileptic power supply in the country is fast fading away, as a result of consistent investments in power infrastructure across the nation by the present administration.

Speaking today during a courtesy visit on the Emir of Kano, Alhaji Ado Bayero, as part of his official visit to Kaduna and Kano States, the President noted that the Federal Government remains committed to ensuring that all ongoing power projects across the country are completed in order to fast-track economic development.

President Jonathan said â€œwe are here in Kano for good developments, to commission power and health projects which are very dear to this administration and I assure you that soonest, epileptic power supply will be a thing of the pastâ€.

The President described the commissioning of the power project in Kano as the beginning of good things to come for Nigerians, as more similar projects are being commissioned across the country to increase power supply to the citizenry.

He assured the government and the people of Kano State that the current improved power supply to the commercial nerve centre of Northern Nigeria and other parts would be sustained and improved upon.

He therefore called for the support of the people of Kano state to enable the Federal Government succeed in its developmental agenda for the country, noting that government will consistently invest in the power sector within the next five years in order to strengthen the nationâ€™s power infrastructure.

He also pledged the Federal Governmentâ€™s commitment to the provision of adequate social infrastructure capable of re-launching Nigeria to its pride of place in Africa and the world.

Speaking, the Emir, Alhaji Ado Bayero, commended President Jonathan for his sound leadership style which he noted has led to improved electricity supply in the recent past, and urged the present administration to not only sustain the trend but improve on it.

The royal father pointed out that the with improved electricity, the present high level of unemployment particularly in the North and across the country could be reduced significantly, adding that Nigeria’s socio-economic problems can be overcome with good leadership as being presently portrayed by President Jonathan.

He appealed to the President to ensure the security of lives and property of all Nigerians at all times, as no meaningful development can be achieved under an atmosphere devoid of peace and security.

The Emir later presented the President with a horse as a royal gift from the emirate council.

President Jonathan later proceeded to commission the 330/132/33 VA Kumbotso transmission substation, thus ending over 32 years of zero investment in electricity generation and transmission in the ancient city of Kano.

He appealed to the people of Kumbotso to join hands with Government in â€œprotecting this vital national asset.

The President also commissioned medical facilities at the refurbished Aminu Kano Teaching Hospital, which include a new and equipped department of radiology, the Kalifa Isyaku Rabiu Paediatric Centre and the Alhassan Dantata Haemodialysis Centre, all built by Government/private partnership under the Federal Government/VAMED arrangement.

In his remarks, Governor Ibrahim Shekarau of Kano State thanked President Jonathan for his commitment to improving the living conditions of Nigerians and the people of Kano State in particular.

He pledged that the government of Kano state will continue to support the Federal Government and its agencies in development projects.