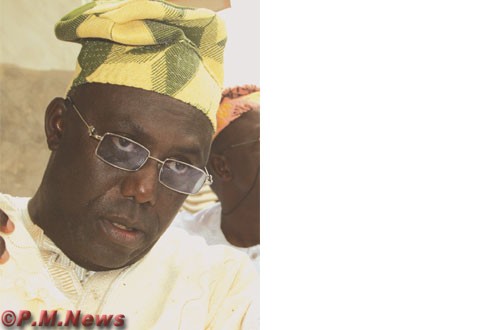 Lawmakers at the Lagos State House of Assembly have passed a vote of no confidenceÂ  on the Vice Chancellor of the Lagos State University (LASU), Professor LateefÂ  Hussain.

They have also advised the State Governor, Babatunde Fashola, to immediatley sackÂ  him.

The Speaker of the House, Adeyemi Ikuforiji, who addressed his colleagues on theÂ  floor of the House on Tuesday said: â€œfrom all that the House gathered at the hearingÂ  yesterday (Monday), it became very clear to us that since the present ViceÂ  Chancellor, Prof. Hussain took over the mantle of leadership, a lot has happened.â€

Continuing, he said: â€œIt is clear to us that after his initial success, the rest ofÂ  his administration has been characterised by falling academic standard, decayingÂ  infrastructure, poor human and material resource management, administrativeÂ  ineptitude, poor human relations and victimisation in various forms leading toÂ  exodus of committed members of staff, especially the academic staff.â€

While stressing that the House had constantly intervened on issues relating to theÂ  institution, the Speaker added that, â€œthe House at its executive session thisÂ  morning (yesterday) decided to pass a vote of no confidence on the VC, Prof.Â  Hussain.

â€œThe House also decided to call on the visitor, His Excellency Babatunde FasholaÂ  (SAN), Governor of Lagos State, to put in motion necessary machinery for the removalÂ  of the Vice Chancellor immediately.

Prof. Hussain had been accused of misappropriation of funds and highhandedness inÂ  the running of the institution to the detriment of the students and lecturers.

Meanwhile, there are speculations that the National Universities Commission (NUC)Â  would not accredit 26 more courses in the institution by next month.

The state-owned higher institution had been facing several challenges, part of whichÂ  led to the NUC wielding the big stick by refusing to accredit 10 courses in theÂ  school recently. The 10 courses are Law, Economics, Marketing, Chemical and PolymerÂ  Engineering, Accounting, Banking and Finance, Political Science, Sociology, BusinessÂ  Administration and Management Technology. The University used to run the best lawÂ  faculty in the entire country in the 80s.

Some lawmakers had on Monday called for the sack of Hussain, to sanitise theÂ  institution. They took the decision following several accusations against him byÂ  lecturers, heads of departments and deans of faculties of the institution.

A lawmaker, Babatunde Ogala, also stunned the House when he alleged that the schoolÂ  appointed retired soldiers and those not qualified to head departments and otherÂ  sensitive positions.

Part of the accusations is that Hussein misappropriated several billions of nairaÂ  granted the school by the state government.

Chairman of the institutionâ€™s branch of the Academic Staff Union of Universities,Â  Dr. Kabir Akinyemi, also accused the Vice Chancellor of not approving the promotionÂ  of lecturers since 2005.

He said that the union had been sending warning signals and calling on interestedÂ  persons to save the institution before the NUC finally visited. He said the VC hadÂ  successfully driven away qualified lecturers and had appointed his cronies and madeÂ  them heads despite the fact that such lecturers were on contract.

For example, he said, the institutionâ€™s Director of Academic Planning is notÂ  qualified for the job. But he was appointed and made a level 14 staff with just aÂ  Bachelor of Arts (BA) and barely six years experience for a job that should beÂ  handled by a Professor.

â€œLASU is the only university where the Director of Academic Planning is a nonÂ  academic staff and so grossly inexperienced. Due to poor condition of service, manyÂ  of the qualified lecturers have gone for greener pastures,â€ he said, adding that theÂ  VC appointed non-academic staff as lecturers in the part time arm of theÂ  institution.

While the Faculty of Law only has one professor as against the NUC requirement ofÂ  six, the Accounting Department, Dr. Akinyemi said, had no single PhD holder.

Ayo Omotayo, Acting head of Geography Department, said he was very sure that hisÂ  department would lose its accreditation next month when the NUC visits. Also to beÂ  affected is the College of Medicine which uses only contract staff. Omotayo accusedÂ  the management of the school of administrative high-handedness and incompetenceÂ  since 2005.

â€œBetween 2005 and now, LASU has lost all its competent lecturers. Even if the payÂ  was bad, if you are not encouraged or if you are hounded for speaking the truth,Â  then you would move to where you can be encouraged,â€ he said, adding that this wasÂ  the reason most lecturersÂ  left the institution in droves.

He also accused the House Committee on Education headed by Hon. Wahab Alawiye-KingÂ  of failing in its duties regarding the school. The decay in the institution is alsoÂ  reflected in the lack of any dedicated library or laboratory.

Denying the VCâ€™s claim that the institution was not well funded, Dr. OlatunjiÂ  Abanikannda, a lecturer in the institution, said the funds were eitherÂ  misappropriated or not prioritised.

When asked for his reaction, Professor Hussain only blamed the institutionâ€™s senateÂ  and governing board for its problems. He also blamed external regulators for theÂ  delay in the promotion of the lecturers.

But he was quickly reminded by the Speaker of the House, Rt. Hon. Adeyemi Ikuforiji,Â  that he had the power to influence promotions. The Speaker also said he wasÂ  disappointed that despite giving the VC a soft landing before, he had refused toÂ  adhere to the advice of the lawmakers.

Prof. Hussain should have been sacked long ago in the wake of the crises occasionedÂ  by allegations of fraud levelled against him by lecturers, non academic staff andÂ  students of the institution.

He had survived till now due to the intervention of some of the stakeholders of theÂ Â  university.