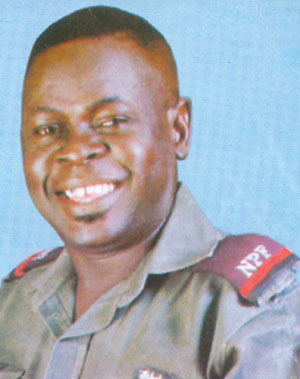 On his return, he has released an album titled Fuji Investigation.

The album, which was released in audio and video forms, is being sold in Nigeria andÂ  overseas by 100% Entertainment.
The 10 tracker, according to the music star, explained the recent imbroglio betweenÂ  top fuji musicians including K1 De Ultimate, Wasiu Alabi Pasuma, Saheed Osupa, MurhiÂ  Thunder and others.

He said as a police officer and talented singer, he has all it takes to investigateÂ  the crisis and come out with solution which is embedded in the album.

Meanwhile, he is planning to stage a welcome party scheduled for 30 November, 2010Â  at Infinity Hotel, Allen Avenue, Ikeja, Lagos.