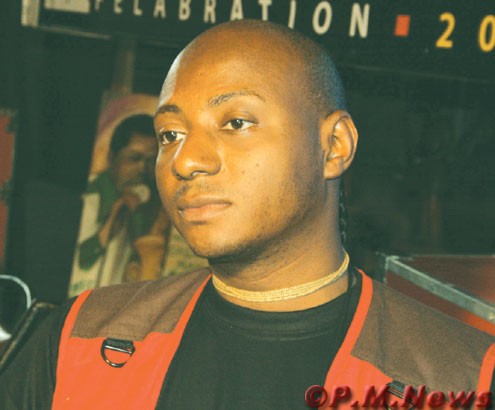 Do not be surprised if you run into celebrated monk and former president of theÂ  Performing Musiciansâ€™ Association of Nigeria (PMAN), Bolaji Rosiji, performing onÂ  stage as a solo artiste.

That is the new direction for the soft-spoken music enthusiast. In fact, toÂ  underscore his readiness to hit the stage, Rosiji is putting finishing touches toÂ  his single, Heart of Gold.

Before now, Rosiji said he had been looking for the opportunity to launch his ownÂ  album, â€œbut work would not allow or you could say Iâ€™ve been lazy about it. So thisÂ  is a chance for me to come out as a solo artiste as opposed to only singing in theÂ  church choirs of those days.â€

The song, he said, is a heart-felt tribute to the many golden hearted people ofÂ  Nigeria.

â€œIf we can just vote in good leaders and get Nigerians out of this desperado cycle,Â  you will see what I mean. It is also a tribute to all the wonderful people that IÂ  have encountered in this adventurous odyssey called life, people who have sacrificedÂ  for me at times of need. And in particular, to all the so-called enemies, people whoÂ  had sought to bring me down, I offer special thanks,â€ he said.

The inspiration for the song, he said, came from We Are The World done by the lateÂ  Michael Jackson featuring a constellation of music stars of the period, but hisÂ  version, he said, should be called We Are Nigeria.

Perhaps one of the greatest investors in the Nigerian music industry in the lastÂ  seven years, Rosiji said â€œHeart of Gold is a positive song and I hope that parentsÂ  and children alike will be inspired by it.â€

Shooting of the video of the song is scheduled to begin in the next couple of daysÂ  and it is expected to feature some of these stars.

â€œWe are talking to a number of production houses, to see who can provide theÂ  appropriate combination of skills, equipment and film studio,â€ he enthused.