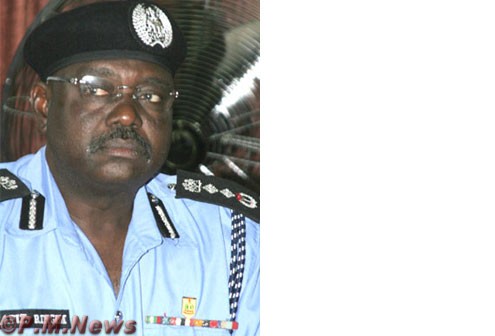 Armed robbers struck yesterday at an old generation bank in Ekpoma, Esan West LocalÂ  GovernmentÂ  in Edo State, during which they killed three policemen and two others.

Among the five victims are the auditor of a bank and a vulcaniser. The robbersÂ  stormed the bank situated at Isidahomen junction by Royal Market road, the economicÂ  nerve centre of the university town.

The armed robbers were said to have stormed the bank at about 9.30 am. They alsoÂ  shot the branch manager of the bank and he is said to be in critical condition.

A stray bullet was said to have hit a vulcaniser along the Benin-Auchi road afterÂ  the robbers had completed their operation and shot several times into the airÂ  apparently to scare people away.

As a result of the incident, other banks in the entire town closed shop for severalÂ  hours.

Eye witnesses said the sevenÂ  robbers stormed the bank in a commando style, gainedÂ  entrance into the bank and carted away an undisclosed sum running into millions ofÂ  naira.

They were said to have escaped through Opoji road and drove towards Agbor in DeltaÂ  State.

â€œYou know that area is the commercial nerve centreof the town and when the robbersÂ  stormed the area, there was pandemonium. The policemen tried to resist them that wasÂ  why they were shot. Of course, the robbers came with superior weapons and forÂ  several hours after the incident business came to a halt in the whole area,â€Â  anÂ  eyewitness said.

However, efforts to get police reaction at the headquarters were unsuccessful asÂ  the phone of the state police image maker, Peter Ogboi (ASP) was switched off.

However, a senior police officer confirmed the incident. â€œWe were told that thereÂ  was a robbery incident in a bank in Ekpoma today and we lost three men in theÂ  process,â€ he told P.M.NEWS.

Meanwhile, the police said they are on the trail of the robbers.

For sometime now the state has been enjoying relative peace but the latest incidentÂ  has shattered that peace.