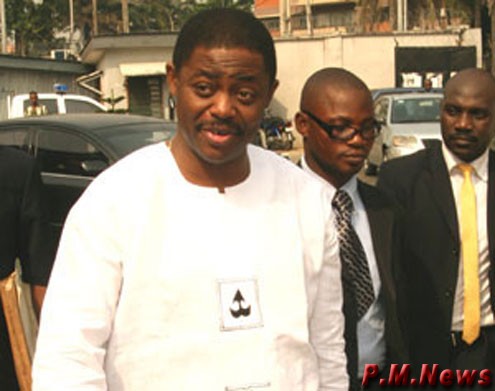 A Federal High Court sitting in Lagos has adjourned till 15 December a case of moneyÂ  laundering preferred against the former Minister of Aviation, Chief Fani-Kayode.

The case against the former minister was to commence afresh today when he shouldÂ  have been arraigned before Justice Binta Murtala Nyako since the former judgeÂ  handling the case, Justice Ramat Muhammed has been transferred out of Lagos.

Meanwhile, the former minister has filed an appeal at the Supreme Court against theÂ  ruling of the Court of Appeal that the electronic printout of the statement ofÂ  account can be admitted as an exhibit.

The former minister was accused of making financial transactions exceeding N500,000Â  which was not done through a financial institution.

The Economic and Financial Crimes Commission, EFCC, also alleged that Fani-KayodeÂ  also used some of his former administrative staff like Mark Saviour Ndifreke,Â  Florence Saliu, Daniel Alogo and his wife, Reginald Fani-Kayode for the financialÂ  transactions.