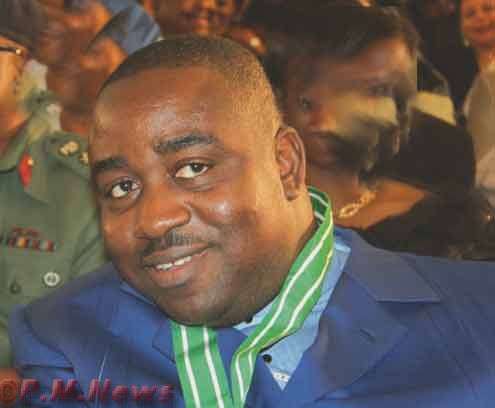 Governor Suswam said during a courtesy call on him by General Ibrahim BadamasiÂ  Babangida (retd), the presidential aspirant of the Peopleâ€™s Democratic Party, PDP,Â  in Government House, that zoning should not be an issue in the runup to next yearâ€™sÂ  presidential election.

The governor stressed that the PDP should work for the emergence of a good leaderÂ  with sterling qualities to govern the country.

He reminded IBB that section 131 of the Constitution of the Federal Republic ofÂ  Nigeria guarantees every Nigerian the right to aspire for the Presidency and calledÂ  on him to carry on his campaign devoid of zoning but on issues.

â€œThat is why I am contending that the emphasis should be on achievements andÂ  service, not zoning which could deny Nigerians the opportunity of electing credibleÂ  candidates,â€ Suswam said.

He, however, commended the former Head of State for his achievements, sayingÂ  â€œwithout IBB Abuja would not have been what it is todayâ€.

But in sharp disagreement to Suswamâ€™s position, Dokpesi and Senator Kanti BelloÂ  insisted that the PDP zoning principle should be respected, adding that zoning wasÂ  in the interest of fairness and equity in line with the agreement reached by theÂ  founding fathers of the party.

They contended that it was based on zoning that South West was able to produce theÂ  immediate past president of the country for eight years, noting that it would amountÂ  to injustice if the goal post is shifted in the middle of the match.

Dokpesi stated that Nigeria yearns for a courageous and visionary leader like IBBÂ  who has the will power to address the problems of insecurity, power and kidnappingÂ  that have soiled the image of the country before the international community.

In his remarks, Babangida, who was in Benue to commission his multi-million nairaÂ  campaign office, lauded Governor Suswam for his leadership style, advising him toÂ  sustain the tempo of development of the state.

Babangida admitted that he was still new in the political terrain of the country andÂ  pleaded for support and encouragement of all Nigerians especially Benue people toÂ  better their lot.

Amongst those who accompanied the former military president to Benue State areÂ  former Senate President Ken Nnamani, former governors of Ebonyi and Rivers State,Â  Sam Egwu and Peter Odili respectively, Salisu Buhari, erstwhile Speaker of the HouseÂ  of Representatives, members of the IBB campaign directorate and other stalwarts ofÂ  the ruling PDP from across the country.

They were received by Senator George Akume at the Makurdi airport and he hosted IBBÂ  and his team in his house.