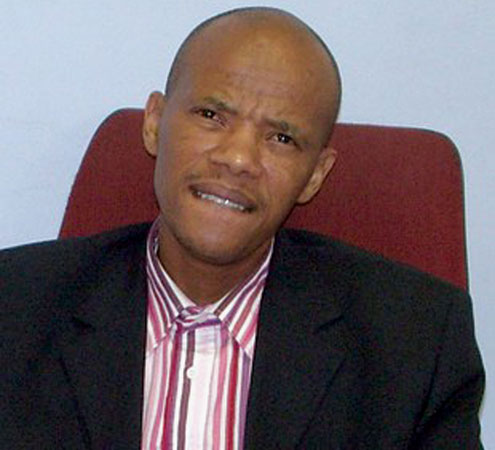 A British Broadcasting Corporation, BBC report said that Skosena was preaching aÂ  sermon to his congregation titled, â€˜Jesus was HIV-positiveâ€™

â€œToday, I will start a three part sermon on â€˜Jesus was HIV-positive,â€ BBC reportedÂ  Pastor Skosana as telling stunned worshippers during a church service.

The sermon first threw his church in Cape Townâ€™s Khayelitsha town into silence andÂ  later murmuring as tongues were wagging not only in his church but across SouthÂ  Africa.

Many Christians across the world have beenÂ  outraged, saying the pastor portrayedÂ  Jesus Christ as sexually promiscuous.

It is generally believed that HIV is mainly transmitted through sex but can also beÂ  spread through other means like needle sharing, blood transfusion, pregnancy orÂ  breast feeding.

Pastor Skosana told his audience at the Luhlaza High School Hall, venue of hisÂ  weekly services that in many parts of the Bible, Jesus Christ put himself in theÂ  position of the destitute, the sick and the marginalized.

â€œJesus puts himself in the shoes of people who experience brokenness. Isaiah 53, forÂ  example clearly paints a picture of Jesus who takes upon himself the infirminitiesÂ  and brokenness of humanity,â€ the pastor told BBC.

But he added, â€œThereâ€™s no scientific evidence that Jesus had the HIV virus in hisÂ  blood stream,â€ said the pastor whose church was a fast growing church in SouthÂ  Africa. He quickly emphasised that he was using the metaphor to highlight the dangerÂ  of the HIV/AIDS pandemic which still carries stigma in South Africa townships.

â€œThe best gift we can give to people who are HIV-positive is to help de-stigmatiseÂ  AIDS and create an environment where they know God is not against them, heâ€™s notÂ  ashamed of them,â€ Pastor Skosana said.

But Pastor Mike Bele of the Nomzamo Baptist Church Gugulethu said most clergy inÂ  Khayelisthsa and Cape Town are strongly opposed to associating Jesus with HIV.

â€œThe subject of my Jesus being HIV-positive is a scatching matter,â€ Bele said.

He added, â€œI believe no anointed leader with a sound mind about the scriptures andÂ  the role of Christ in our lives would deliberately drag the name of Christ to theÂ  ground.â€

Reacting, the Prelate Methodist Church Nigeria, Dr. Ola Makinde described the pastorÂ  as a mad man, saying that he has blasphemed the Lord. He called on all believers toÂ  continue to pray for him so that God should forgive him because he is an ignorantÂ  man, adding: â€œSomething is wrong with him upstairs. Let us ignore him. When did HIVÂ  come into existence?â€

Another Methodist Church leader, Rev. Oladepo Darmola described the statementÂ  credited to the pastor as blasphemous, saying that everyone knew that Christ neverÂ  had sexual relationship and that the Bible did not tell us that there was HIV/AIDSÂ  during the time of Jesus Christ, saying it was discovered in the 70s.

â€œIt is natural for people to blaspheme because of the liberal notion ofÂ  Christianity. The statement is sarcastic and a sad comment. We should not glorifyÂ  the statement. Christians need to keep their cool and calm because God will fightÂ  for us,â€ he said.

Director of Communication, Catholic Church of Nigeria, Rev. Gabriel Osu saidÂ  something must be wrong upstairs with the man, saying it is an attempt by the man toÂ  gain cheap popularity.

According to him, the statement is totally condemnable, adding that people shouldÂ  learn to guard their tongue.

â€œIt is blasphemy, the man is sick and his statement should be condemned totally,â€Â  Rev. Osu said.