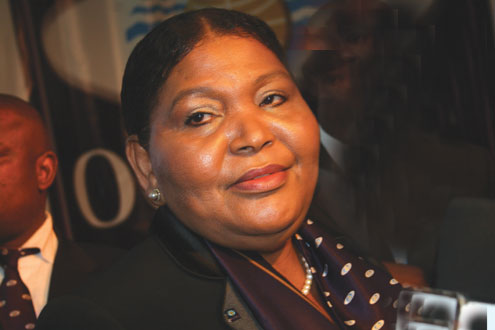 Sources told P.M.NEWS yesterday that she is under intense pressure by the management ofÂ  Reddington Hospital to be transferred from the hospital due to security reasons.

Consequently, Cecilia asked her lawyer to seek the order of the Federal High Court,Â  Lagos, where she was jailed, to be moved out of the hospital to LUTH.

A new counsel, Grace Orakusi, P.M.NEWS gathered, filed the request for her transferÂ  at the HighÂ  Court on 29 October.

Cecilia, whose healthÂ  had allegedly deterioratedÂ  before her conviction, had soughtÂ  the order of the court to compel the State Security Service, SSS, to release herÂ  international passport to enable her travel abroad for medical treatment.

Before her conviction, the court acceded to her request but the passport was notÂ  released.

On the day of her plea bargain conviction, Cecilia was accompanied to the court byÂ  medical doctors during the entire trial process that day.

In the course of the trial, her lawyer, Professor Taiwo Osipitan,Â  SAN, drew theÂ  attention of the court to her condition while inside the dock.

Consequent upon this, the presiding judge, Justice DanÂ  Abutu, allowed her doctorsÂ Â  to have access to her.