â€˜Why I Dropped Out Of School For Musicâ€™ 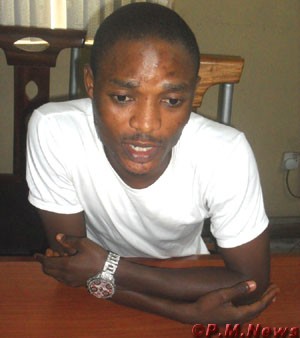 Oludam dropped a video titled I Want To Be A Star in 2008, which was aired on manyÂ  television stations both local and international including Channel O, MTV Base,Â  Galaxy, LTV and AIT among others.

Speaking with P.M.Entertainment about his music, Oludam, a native of Ondo State,Â  said he has an OND in Banking and Finance from the Federal Polytechnic, Ado-Ekiti.

â€œI abandoned education for music because I knew I could come back to it, but musicÂ  is not something I can come back to.

â€œI speak for the common men who cannot speak their mind to the government and thatÂ  is why I see myself as an established act and a progressive. So, I can help theÂ  masses and the needy,â€ he said.