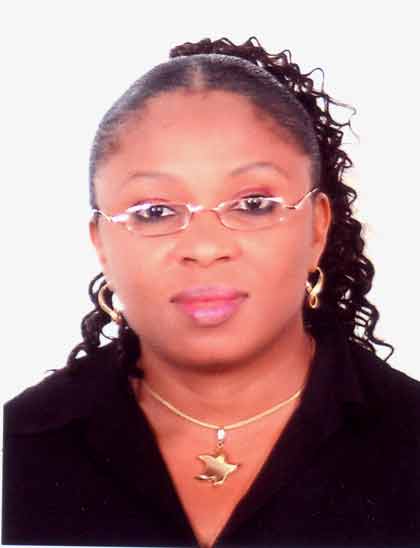 The first part of this discuss took us through the â€˜funâ€™ of having people comeÂ  together as couples from very different backgrounds but expected to blend, stay andÂ  enjoy life in a union called marriage.

The experience of couples in this process differ and with permission, I will shareÂ  one sent to my mail box after last weekâ€™s publication.

It is nice to talk about this today as the couple has grown past this level, theyÂ  can now look back, laugh and make fun of their differences and I am particularlyÂ  proud of them for making the sacrifice to blend and make it work.

The wife wrote to me: â€œKen, my husband and I, Emily, have been together for about 39Â  years now and when we look back at how we started, thereâ€™s always a big laugh andÂ  beyond that, hope and positive lessons to pass to our children.

Itâ€™s good to note that Ken and I come from the same continent and country but are soÂ  different in orientation, values and upbringing. Ken grew up in an average home inÂ  our country, living in a big city with parents who could afford a good level ofÂ  comfort and security for their children. The parents could afford good education forÂ  him and he graduated a medical doctor after years of training, got a job and enjoyedÂ  his practice.

I wouldnâ€™t say my parents were richer but I knew thereâ€™s this nagging desire toÂ  study abroad and I got it at last. I came to England at a young age to study and gotÂ  a job after graduation which made me consider living abroad for some time.

During a summer holiday, I dashed home (my country) to spend some time with myÂ  parents and this was how Ken and I met. Yes, nice guy, good looking, goodÂ  qualification, etc. He proposed and we got married. We agreed to settle in EnglandÂ  so Ken had to join me in my apartment (you know itâ€™s not a big deal in the WesternÂ  world if the man decides to stay with the woman), but I tell you, it was tough forÂ  Ken because he came with all the sentiments and ego of â€˜manlinessâ€™ and theÂ  traditional head syndrome drove him really mad.

Here was a guy who came from a developing country where electricity was either notÂ  supplied for days or months and the bills remained same whether you consume power orÂ  not, you paid the same bills. Now, heâ€™s in England where we pay for every minute ofÂ  use. Can you imagine the war? My husband would want to sleep with the light bulbs onÂ  and I insisted it was not proper. He wanted all the lights on at the same time soÂ  the house could be bright and I told him we could only turn on what we needed.

Ken felt I was rude and unfair to him even when he was the one picking the bills.Â  There were times we would quarrel and insult one another, keeping malice and doingÂ  funny things only children could but somehow, weâ€™ll get on again.

We had other areas of disagreement as well but trust me, it was all part of growingÂ  up. When his first contract with his office ended and he was out of job for a while,Â  nobody needed to teach him ways to be prudent, he became the chief accountant of theÂ  home, asking me to justify every penny spent.â€

Following the experience of Ken and Emily, we may think â€˜oh, that was small,â€™ I tellÂ  you, nothing is small when you are the one facing it, especially when your spouseÂ  sees no sense in what you are saying, you really feel like ending it now.

Having said that, there are a few tips for you in the process of blending.

â€¢Humility: I feel strongly that most marriages are suffering basically because ofÂ  pride. No reasonable person would call you a fool when you say â€œIâ€™m sorryâ€ to yourÂ  spouse. Depending on your culture, prostrating or kneeling to reconcile with yourÂ  loved one after a misunderstanding should not be a big deal. Being humble alsoÂ  involves treating the members of your spouseâ€™s family (in-laws) with respect. It isÂ  painful to hear people despise in-laws, thinking they are from a better familyÂ  background or are now richer than they are. Please, note that accepting to marryÂ  from a particular family means you are on the same level and should be treated asÂ  same.

â€¢Wisdom: Itâ€™s not everything you feel that should be expressed. Wisdom demands youÂ  exercise some level of self control. You canâ€™t just afford to complain about theÂ  slightest discomfort especially when it has to do with accommodating other people inÂ  your home.

â€¢See problems as temporarily: Convincing yourself that whatever you are passingÂ  through is just a phase of life makes it a lot easier to cope with adverseÂ  situations than immersing in self pity.

â€¢Attitude: People do often say that attitude is everything, itâ€™s your attitude thatÂ  would determine how far you can go with your marriage. Youâ€™ll need to adjustÂ  position and be ready for changes.

â€¢Talk less: One thing I try not to do is talk too much about what Iâ€™m going through.Â  In a bid to get sympathy from people, you may end up with a negative advice thatÂ  would destroy your relationship for life. This does not include seeking counsel,Â  even in counselling, make sure you talk to the right person that can help you notÂ  just anybody who cannot keep your matter safe.