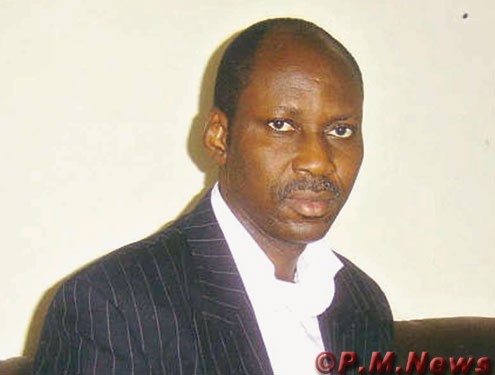 Juju musician, Dipo Gatos, is planning to launch his new album, Baba Mi (My Father),Â  in a special event that would parade the who is who in the Nigerian social circuit.

The album launch is being planned alongside his 25th anniversary in the NigerianÂ  music scene during which he has released several albums. This new one, however, hasÂ  been released in the United Kingdom and now to be released specially in Nigeria.

Already, plans are in top gear to have a high profile album launch and according toÂ  Gatos, the event is being packaged by an international event management company.

Dipo, who is the National Secretary of the Association of Juju Musicians of NigeriaÂ  (AJUM), has made an impact in the juu music scene with his brand of music, anÂ  infusion of traditional and hip hop elements.

â€œThis album is packaged to appeal to the old and young generations. It is a mix ofÂ  both cultural values and I am very optimistic that it will make a big impact on myÂ  fans,â€ he enthused.

Tracks in the album include E Yahweh, which has a rap intro; Baba Mi, Ori and MaamiÂ  and was recorded at GWS Studios Ogba, Lagos.

According to him, the album, two tracks of which featured popular radio broadcaster,Â  Wale The Good and an Ewi/cultural dance exponent, Ayo Orobiyi, is produced by DisoabÂ  Music owned by him and will be released only on audio CD.