Acting Delta Gov To Be Sworn In, As Uduaghan Packs Out Of Govt House 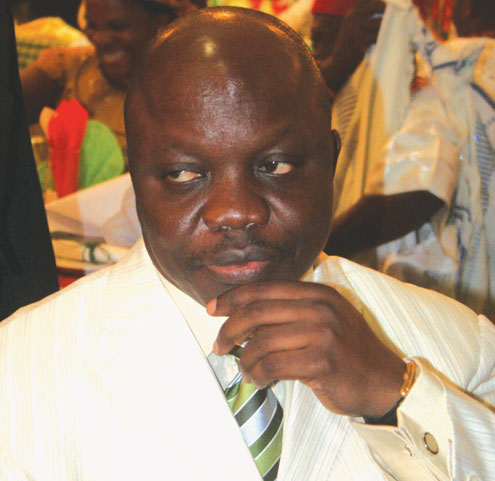 Arrangements were in top gear this morning in Asaba, Delta State for the swearing inÂ  of the Acting Governor of the state, Sam Obi, at the Government House.

The Court of Appeal in Benin presided over by Justice Monica Dongban-Mensem,Â  yesterday ordered that Sam Obi, who is the Speaker of the Delta State HouseÂ  Assembly, be sworn in as acting governor of the state following the sack of GovernorÂ  Emmanuel Uduaghan.

The Appeal Court ordered a fresh election within 90 days after nullifying theÂ  victory of Uduaghan, the PDP candidate in the flawed 14 April 2007 governorshipÂ  election.

At the time of filing this report, the ceremony was about to commence.

Meanwhile, Uduaghan has moved out of his official residence in Asaba.

The former governor and his family moved out of the residence at about 9 p.m.Â  afterÂ  addressing supporters who went to his residence as news of his removal filtered intoÂ  the state capital.

He advised the people not to lose sleep over the development, saying Godâ€™s wishÂ  would prevail.

The PDP Chairman in the state, Chief Peter Nwaoboshi, who was among those at theÂ  Governorâ€™s Lodge, chargedÂ  party members to return to their wards andÂ  mobilise forÂ  the re-election.

He expressed confidence that the party would win the re-election, saying DeltaÂ  remained a PDP state.

There was jubiliation in Warri and Asaba, the state capital after the governor wasÂ  rmoved. The youth took to the streets while others went to bars to drink beer inÂ  celebration of the judgement of the Appeal Court.

Politician and elderstatesman, ChiefÂ  Edwin Clark who was at loggerheads with theÂ  outsted governor, described the judgement as a tonic that made yesterday aÂ  joyousÂ  day of him.

Clark, a PDP stalwart, further told Deltans that they should expect a new governorÂ  after the rerun election as Uduaghan was gone for good.

Uduaghan appeared to have been caught unawares by the judgement as he was performingÂ  his official duties till late yesterday without knowing the fate that was about toÂ  befall.

He was meeting with the committee on the Asaba International Airport as well asÂ  performing other official functions when the news of his removal spread all overÂ  Asaba and beyond.

He could not make any official statement concerning his removal except the briefÂ  chat he had with staff of the Government House and his supporters.