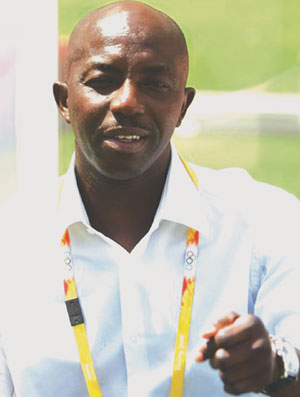 Siasia said that he will need at least three years to rebuild the Eagles into aÂ  star-studded formidable force a year before the 2014 FIFA World Cup in Brazil.

The former Nigerian international is expected to take over the senior national teamÂ  on 1 December on a four-year contract; and with the perennial underachievers yet toÂ  win a major honour since 1994, Siasia has admitted he has his work cut.

â€œIt is going to take two, three years for us to assemble a formidable team,â€ SiasiaÂ  told MTNFootball.com.

â€œIt should be a gradual process, trying to build a new team with the old and the newÂ  players. Gradually we will mix them up until we find the ones who we need, actuallyÂ  the ones who would play the way we want them to play. Then, I would come out and sayÂ  publicly that we have a team.

â€œBut right now we just want to focus on how to rebuild the team. Yes, the NigeriaÂ  Football Federation could set targets, but if we want to be realistic, targets wonâ€™tÂ  be realistic, if you donâ€™t have a good team.

â€œWe need time to build a very good team. If we are looking at where we are comingÂ  from, then we have to work on how to rebuild this team.â€

Siasia would therefore call on the fans to be patient with him as he goes aboutÂ  rebuilding the national team ranked 33rd in the world.

â€œThe fans must come out in large numbers to watch us play. They must exerciseÂ  patience too. What we lack here is patience. We want results immediately.