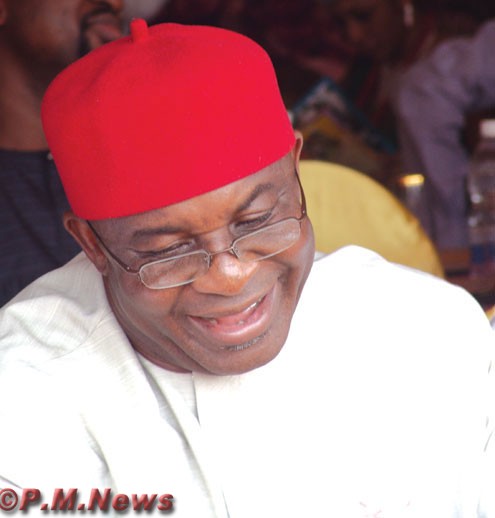 The Director-General of Senator David Mark Campaign Organization, Comrade Abba Moro,Â  has disclosed that his support for another term for the Senate President is based onÂ  the fact that he has proven himself to be an Idoma anybody can be proud of.

The DG who said this yesterday during an interactive session with journalists at hisÂ  Makurdi residence disclosed that concerted efforts were made by people he refused toÂ  name to work against the success of the Senate President in favour of the ANPPÂ  candidate, but he vehemently declined on principle.

The one time ALGON Chairman in the state revealed that as the then State CoordinatorÂ  of Yarâ€™Adua / Jonathan campaign Organisation, it would have been out of place ifÂ  other senatorial districts in the state produce PDP senators and his own zone didÂ  not.

Moro expressed joy that he has been justified in the end by the excellentÂ  performance of Senator Mark at the National Assembly since he came on board asÂ  Senate President.

â€œAs his campaign coordinator in the state, how could I explain to President Yarâ€™duaÂ  then that I couldnâ€™t deliver my senatorial district to the party when other zonesÂ  delivered? Now, I have been vindicated that Senator Mark won at the polling boothÂ  and the tribunal. He is also performing excellently well in the senate where heÂ  holds forth.â€

Moro who was a gubernatorial aspirant on the platform of the PDP in 2007 maintainedÂ  that going by Markâ€™s antecedents in piloting the affairs of the national assemblyÂ  which has now brought about some level of stability in the senate, no aspirant isÂ  better positioned to take the contest for the coveted senate position from the zone.

Moro who is also the Pro-Chancellor of Federal University of Agriculture, MakurdiÂ  revealed that he has made up his mind not contest any elections for now, adding thatÂ  the Senate President now enjoys the support of every Idoma man and woman.

While also lauding the development strides of Governor Gabriel Suswam in terms ofÂ  physical infrastructure of the state in the last three and a half years, Moro urgedÂ  the Benue people to join hands and support him in his bid to return for another termÂ  in office, come 2011.