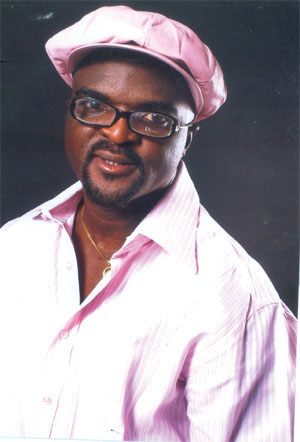 Fuji musician, Abass Akande Obesere spoke with P.M.Entertainment about his newÂ  album, the crisis among fuji musicians and other issues 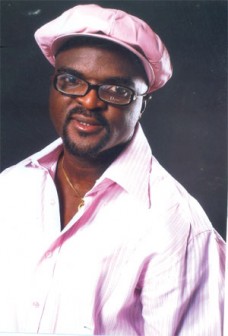 What has been happening to you?
Everything has been good and I thank God. Right now, my new album is out. It isÂ  called Double Revolution and on the label of Stingomania Records. It is a fantasticÂ  album in terms of lyrical content, while the packaging is also superb. I think thisÂ  is the first time Stingomania will be doing this type of packaging for me. I reallyÂ  like it.

Apart from the packaging, what makes the album different from the previous ones?
First, it is not the usual fuji music. This time, it is the combination of fuji andÂ  hip hop where I featured hip hop artistes like Lord of Ajasa, Timaya, 9ice and otherÂ  upcoming artistes. The 15 tracker is not only going to be entertaining but educatingÂ  and informative. My fans should have it.

But we learnt that youâ€™ve changed your management team, how true is this?
I never said I have changed my management team. Stingomania is still my manager andÂ  I still have a valid contract with him. Whosoever that is doing other things for meÂ  are only supporting me and I still give Stingomania the report of everything I amÂ  doing.

What about Mr. Rahmon, people say he is your new manager?
Rahmon has been with me for a long time. He is based in South Africa doing one orÂ  two things for me and any time he is in Nigeria, he organises the media for me. ThatÂ  doesnâ€™t mean he has snatched me from Stingomania. For your information, RahmonÂ  doesnâ€™t have a record label, I, Abass Akande Obesere a.k.a. PK1 signed forÂ  Stingomania and my agreement with it is still valid.

The Abass Akande we know in the 1990s is different from the one we are seeing today,Â  what really informed the change in your performance?
I am an entertainer. I need to give my fans what they want and that is why I haveÂ  been dynamic in my style. I realised that dancing on stage with women and addingÂ  some effizzy to it will make my fans love my shows, but I donâ€™t have any intimacyÂ  with my back-up dancers. They are paid to do what they are doing and after theÂ  shows, everything ends. I want to tell you that I am entirely different off stage.

Tell us the type of person you are off stage?
I am a complete gentleman and any time I am not on stage, I will be at homeÂ  entertaining guests. Believe me, I receive guests everyday, from morning till night.Â  If I needed a rest, I travel abroad and that is if I canâ€™t get enough rest here inÂ  Nigeria.

With this your busy schedule, when do you have time for your family?
They are not in the country. My wife and the children live in England. I only sendÂ  money to them and if I have enough time, I will travel and stay with them for someÂ  time.

How many wives do you have?
I have one wife.

How religious are you?
I am a practising Muslim. I have mosque in my mansion where I pray.

Why do you go for one wife when Islam permits more than one?
I canâ€™t handle two or more wives and that is why I went for one. I am satisfied withÂ  the one I have.

Your family doesnâ€™t live in Nigeria, so how do you cope with women, particularlyÂ  your female fans?
Women are always coming and they will continue to come because they are part of whatÂ  weâ€™re doing as musicians. But when youâ€™re disciplined, youâ€™ll overcome the problemÂ  of women. I never felt lonely because I am a disciplined man and donâ€™t do anythingÂ  funny with female fans. For instance, I can still remember the day I had a show inÂ  London and a white woman said he would kill herself because of me. She wanted me toÂ  marry her and you know what, she promised me everything, but I rejected all thoseÂ  things she promised. There are several other similar cases that I canâ€™t rememberÂ  now.

Let us talk about fashion, what type of designer clothes do you like?
I so much love good and aesthetic designs and the type I wear is very scarce. It isÂ  called Toffani.

What about automobiles?
I love exotic cars.

You acquired a limousine worth N75 million some years back, where is it now?
That was then. I donâ€™t have it again. I have given it out to a king whose name IÂ  donâ€™t want to mention. In Yoruba culture, when you give somebody something and youÂ  promised not to disclose it to anybody, you must abide by the promise. I haveÂ  promised the king never to mention his name as regards the limousine.

But why did you give it out?
It is not every time I go out with it and instead of keeping it un-used, the bestÂ  thing was to give it out to somebody that will appreciate it, more so, it will be aÂ  waste of money if it is not properly used and maintained. That is why I dashed itÂ  out.

Letâ€™s talk about the industry, why do we always have crisis among fuji artistes?
Most of the crises are caused by fans. They instigate the fight. You have aÂ  situation where they say â€œmy musician is better than yours and the restâ€ and theÂ  more they argue, the more the artistes involved get more sales. Another thing isÂ  jealousy from the musicians themselves.
You see one musician livid against his fellow musician because he is well acceptedÂ  by the people.

What about the issue of supremacy, especially the brouhaha over the king of fujiÂ  music?
Let me make it clear at this point that there is no supremacy in fuji music. TheÂ  issue of supremacy is championed by fans. As for king of fuji music, anybody canÂ  call himself that. Wasiu Ayinde Marshal once called himself king after which SaheedÂ  Osupa said Alhaji Sikiru Ayinde Barrister made him king. I see all these as a formÂ  of rebranding. Musicians are trying to rebrand themselves so that they can beÂ  relevant to their fans.

But it is believed that fuji musicians are social miscreants, what can you say aboutÂ  this?
I donâ€™t agree with the assertion or belief. Fuji musicians are not miscreants,Â  although there are bad ones among them. The same thing is applicable to everyÂ  profession. So, the idea that we are touts should be erased. We canâ€™t say because weÂ  have bad eggs in our midst does not mean everybody is bad. There are some of us whoÂ  are complete gentlemen. I want to tell you that I am a complete gentleman, so, itÂ  depends on the kind of life you live.

As the chairman of FUMAN, what are you doing to ensure lasting peace in theÂ  industry?
I have been working with the National President, Alhaji Saka Orobo and the ChairmanÂ  of Music Advertisers of Nigeria (MAN), Alhaji Waheed Mosebolatan, to ensure peace inÂ  the industry. I am assuring you that there is no more war in fuji music circle. WeÂ  have settled the discord between Pasuma and Osupa and other artistes and they haveÂ  promised us never to fight again. By the grace of God, there wouldnâ€™t be any crisisÂ  again. They have sworn never to engage in any war of words even though there is noÂ  way this can be totally eradicated. Fuji musicians are good people and we want ourÂ  fans to see us like that.

Are you fulfilled as a musician?

I am not fulfilled. I am sure nobody is fulfilled except a dead person. Even theÂ  late M.K.O. Abiola was not fulfilled before he died upon all the money he had, heÂ  still wanted to be the Nigerian president. I have just started and still striving toÂ  become somebody.

What more favour do you want from God?
I want glory, popularity and wisdom from God.