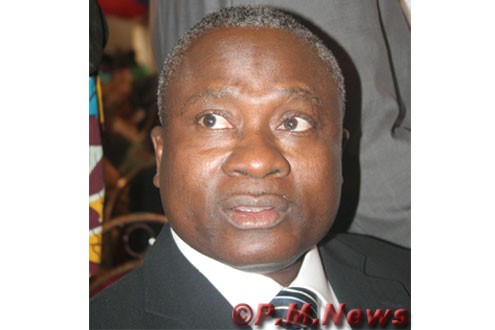 After several appeals, the Lagos State Government has begun negotiation withÂ  striking doctors in the stateâ€™s public hospitals in a bid to end the over threeÂ  months old industrial action.

The doctors, under the aegis of Medical Guild and the Association of ResidentÂ  Doctors had rejected the 75 percent salary increase offered them by the stateÂ  government, insisting on full implementation of the Consolidated Medical SalaryÂ  Structure, CONMESS.

Officials of the state government represented by the Commissioner for Health, Dr.Â  Jide Idris and his counterparts in the Ministry of Establishment and Pensions, Mr.Â  Jide Sanwo-Olu met the doctors on Saturday to begin another round of negotiation butÂ  no agreement was reached.

P.M.NEWS gathered that the governmentâ€™s team offered the doctors something a bitÂ  higher than the 75 percent as well as other packages, which the doctors turned downÂ  and demanded for something higher.

As a follow up to the meeting on Saturday, the leadership of the Medical Guild heldÂ  a congress meeting yesterday to brief members on the meeting it had with the stateÂ  government and what government tabled before them.

The congress, it was learnt, rejected the offer and unanimously mandated theÂ  leadership to write the state government and make its position clear. They alsoÂ  called for further meeting with the government to iron out the grey areas.

When contacted, the Vice Chairman, Medical Guild, Dr. Taofeek Majolagbe confirmedÂ  that the doctors actually met with the governmentâ€™s team on Saturday but that whatÂ  was offered by the government was not good enough to be accepted by them.

â€œWe agreed on many things.Â  What they put down was not okay.Â  What we agreed uponÂ  was not given.Â  We hope to have another round of meetings but the strike continues,â€Â  said Majolagbe.

He assured that the strikeÂ  would be terminated, if the state government agree withÂ  the doctorsâ€™ demand, adding that the doctors were only asking for 100 percentÂ  implementation of CONMESS. â€œWe are still trying to fashion out amicable agreementÂ  between the two parties,â€ he stressed.

Less than two weeks ago, the doctors rejected the offer given to them by the stateÂ  government and demanded for more.

The government saidÂ  it decided to review the doctorsâ€™ salaries so that theÂ  suffering masses could be attended to by doctors in the hospitals, adding that theÂ  review was done painstakingly.

The doctors accused the government of insincerity and demanded to know the contentÂ  of the new package, which to them was just one percent increase, since they had beenÂ  collecting 74 percent of CONMESS before now.

â€œEven if they offer us 75 percent of the CONMESS, it is not acceptable; we need 100Â  percent. We have rejected the offer,â€ Majolagbe sad.