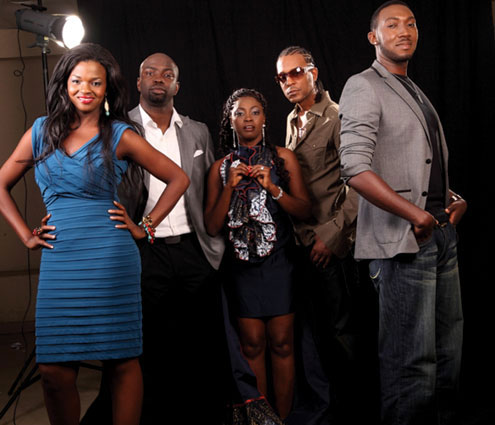 Starting from Sunday 21 November, Idols, the highly publicised and anticipated musicÂ  show, which has turned many into stars and captivated the entire world, will beginÂ  airing for the first time on Nigerian television as first season of Nigerian IdolÂ  debuts.

For five consecutive months, television audience across Nigeria will have theÂ  pleasure of watching the biggest music talent competition and the opportunity toÂ  root and vote for their favourite Idol wannabe.

The Nigerian Idol auditions just wrapped up after a month of searching for talentsÂ  in Enugu, Calabar, Abuja and Lagos, with Lagos audition producing an astonishingÂ  number of 5,000 young talents all hoping to become the next international musicÂ  superstar from Nigeria.

Broadcaster Yemisi Fajimolu, fondly called Misi, by her radio fans, will be the hostÂ  of the talent hunt show. She will be joined by Anis Holloway, a former reality showÂ  contestant.

For the first time ever, Audu Maikori, Chocolate City boss, American superstarÂ  Jeffrey Daniel and singer Yinka Davies, have taken up positions as judges ofÂ  Nigerian Idol and they will play their role in commenting on the performances ofÂ  this yearâ€™s contestants while helping the wannabes be the best they can.

Originally referred to as Pop Idol, Idols debuted on British TV in October 2001.Â  Nigerian Idol is sponsored by Etisalat, Pepsi and Royal Exchange Assurance. TheÂ  winner will go home with a cash prize of N7.5 million, a BlackBerry phone, Ipad,Â  Ipod and an easy net data card along with a recording contract with Sony BMG