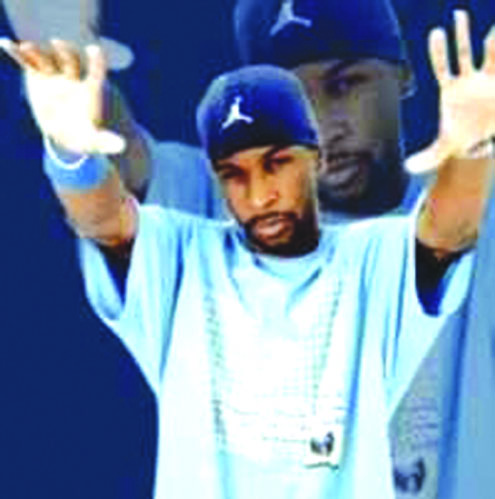 When Afro pop singer, Abolore â€˜9iceâ€™ Akande threw jibes at Michael Ugochukwu Stephens a.k.a. Ruggedman, in his new song entitled Iâ€™m Listening, the entire industry has been eagerly waiting to hear Ruggedman throw a counter lyrical jibe at him, but instead, the revolutionary rap music star has decided to tow the path of peace by advising the Ogbomoso, Oyo State-born singer.

Ruggedmanâ€™s third album, Untouchable, was officially released on Wednesday and in the album, he has a track entitled A Word Is Enuff For The 9ice. Instead of throwing jibes at 9ice in the song as lots of people expected, Ruggedman advised and blessed him to go far in the industry.

The 18 tracker include collaboration with other star artistes like 2face, P-Square, MI, Flavour, Ice Prince, Mallam Spicey and the late Dagrin among others, while are tracks include Because of You, Low, Emi ni, The Lord Is My Shepherd and Ebemsi.

Meanwhile, Ruggedman commenced the album release tour from Ibadan yesterday. The train is expected to reach other states of the federation before moving to foreign cities like London, Manchester, Belfast, Babrigan and Dublin.