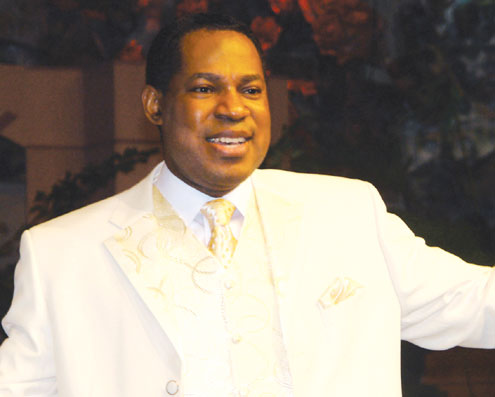 The Economic and Financial Crimes Commission, EFCC, has disclosed that it isÂ  investigating some officials of Christ Embassy and its founder, Rev. ChrisÂ  Oyakhilome, over money laundering.

EFCCâ€™s spokesman, Mr. Femi Babafemi, in a telephone interview yesterday, disclosedÂ  that Oyakhilome and some officials of his ministry are being investigated over $35Â  million that was illegally moved out of the country.

Babafemi said no arrest has been made, but investigation is still going on.

Details about the illegal transactions were sketchy as at press time.

P.M.NEWS gathered further that Oyakhilome and some prominent members of his churchÂ  had been placed under surveillance by the EFCC.

The probe, it was learnt, has sent shock waves to members of the church across theÂ  world, and many of the nominal members, who were allegedly used in the moneyÂ  laundering scheme, are now scrambling for safe havens.

The 59-year old pastor and his ministry had faced many controversies in recentÂ  years, bothering on preaching falsehood.

Oyakhilome has been accused of staging healing sessions attended by thousands whoÂ  give money to the ministry hoping to be healed by the pastor. He has also beenÂ  accused of planting people in the crowd to promote his healing powers.

The pastor has also been accused of offering congregants who attend his school ofÂ  healing money to act as if they are sick and then heals them at his â€œNight of Blissâ€Â  programmes.

The ministry has been accused of coercing its members to make large donations to theÂ  church even though they are poor.

Church members regularly donate large sums of money and materials to the church asÂ  they are told they will be rewarded by God.

This has led to a number of members losing their possessions as they default onÂ  other payments in order to finance the lifestyle of leaders in the church.