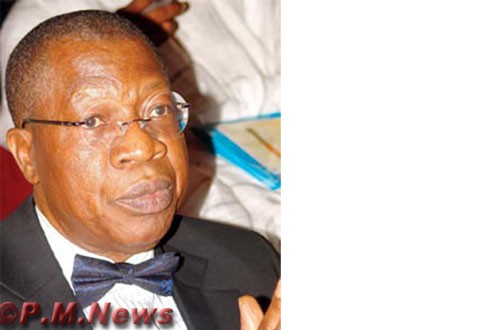 The Action Congress of Nigeria (ACN) has asked the Nigerian Bar Association (NBA) to launch an immediate inquiry into the conduct of one Taofeek Gani, who claimed to be a lawyer but has acted so unprofessionally and in a manner that ridicules the profession as well as the judiciary.

In a statement issued in Abuja on Monday by its National Publicity Secretary, Alhaji Lai Mohammed, the party said Gani’s allegations, on Channel’s Sunrise Programme yesterday, suggesting that the Court of Appeal judges have been bought over by our party leaders – in the aftermath of the Osun and Ekiti States’ gubernatorial appeal ruling – is a very serious allegation that touches on the integrity of the judiciary as a whole and makes a mockery of the legal profession.

It said the NBA should ask the lawyer to substantiate his allegations, as he has boasted he can do, or make him to face appropriate sanctions.

”Our concern is that the allegations made by the so-called lawyer are so egregious that they should not go uninvestigated by the professional umbrella body of all lawyers in the country.

”Gani, as a lawyer, should know that if he disagrees with any ruling, there are avenues open to him or his client to seek redress. He could appeal against such judgement. And where, as in the cases under consideration, the Court of Appeal is the final appellate court, he can use a legal journal to write an informed critique of such ruling. Such critique, if well researched, can have a great positive impact on future rulings.

”But for a supposed lawyer to go on national television and make the kind of allegations that Gani made – against judges and political leaders – without substantiation is nothing but professional suicide. Of course, this obviously-sponsored lawyer knows that he faces the possibility of legal action from those he so wilfully slandered,” ACN said.

The party said while it does not know the political leaning of Taofeek Gani, his utterances suggest that he is acting in concert with the PDP, which has made it its stock in trade to denigrate the judiciary.

”It was the PDP which alleged that Justice Salami, President of the Court of Appeal, fathered a son that is now serving with the Lagos state government, when the party knew this was not true. It was also the PDP that alleged that one of the Justices on the Court of Appeal, whom they had thought would be on the panel to hear the Osun case, was appointed to the bench by Asiwaju Bola Ahmed Tinubu a Governor, when the said Justice had been on the bench three full years before Asiwaju became governor.

”The truth is that the PDP and its hired guns are finding it difficult to come to terms with the fact that the party’s contrived supremacy in the South-west – and indeed across the country – is over, since this was not based on genuine electoral victories. That’s why the party alleged that it lost Ondo because the Labour Party used fake security and intelligence reports, that it lost Ekiti because ACN use forged documents, and now Osun because Justice Salami’s ‘son’ is a ranking member of the Lagos state government.

”What this drowning behemoth fails to realise is that all the judgements listed above, as well as that of Edo, met wide acclamation from the people, who constitute the electorate and know who they voted for. Nigerians are very discerning and committed to democracy, and will therefore not celebrate any ruling that they believe will not serve the cause of democracy,” ACN said.

The party advised television and radio stations to be careful with the kind of people they invite to their programmes to avoid the kind of embarrassment from ‘lawyers’ and other professionals like Gani.

”They must check the background of such people thoroughly to know their pedigree, their professional competence and their integrity. They should beware of charlatans with a hidden agenda,” it said.