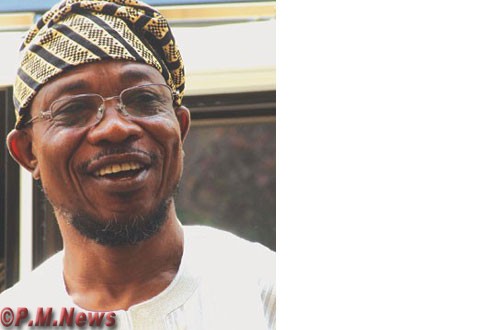 A chieftain of the Action Congress of Nigeria (ACN) in Lagos State, South WestÂ  Nigeria, Chief Ayo Akande, has described the new Osun State governor, Mr. RaufÂ  Aregbesola, as the long awaited messiah that will deliver the people of the stateÂ  from the bondage of the Peopleâ€™s Democratic Party (PDP).

Chief Akande said this in an interview at his Ogba, Lagos residence, while reactingÂ  to the judgment of the Court of Appeal at Ibadan, Oyo State capital, which declaredÂ  Mr. Aregbesola as the democratically elected governor of Osun State in the AprilÂ  2007 governorship election in the state.

The party chieftain, who commended the dogged spirit of the new governor and otherÂ  progressives in the country, noted that with the new governor, Osun State willÂ  witness unprecedented growth structurally, economically and socially.

Akande pointed out that the new governor was not only loyal but also reliable asÂ  exemplified by him while serving as the Commissioner for Works and Infrastructure inÂ  Lagos State under Asiwaju Bola Ahmed Tinubu as governor.

According to him, â€œthese qualities and the confidence reposed in him by all theÂ  progressives in Nigeria and the people of Osun State, will serve as a thrust for himÂ  to transform the state to an enviable position like Lagos State. The people of OsunÂ  should consider themselves lucky to have been able to get their wishes materialisedÂ  in the new governor.â€

Akande assured the people of the state that Governor Aregbesola would not betrayÂ  them, adding, â€œif Asiwaju Bola Ahmed Tinubu trusted him so much that he could go toÂ  bed and snore while in Lagos State, I have no doubt in my mind that he will protectÂ  the interest of the people of Osun State.â€

He advised the people of the state to be patient with the new governor while tryingÂ  to clean up the mess left behind by the Peopleâ€™s Democratic Party in the state.