End Of Year Review: No Dull Moment, As Clubs Featured In Tournaments 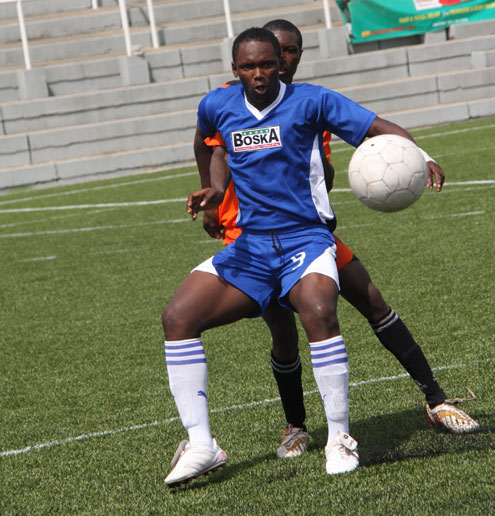 Players in action during the first quarter of this year.

The first quarter of this year was a busy period for grassroots football clubs inÂ  Lagos State, as many of them took part in various competitions.

Apart from the competitions, some of the clubs also engaged in friendly matches,Â  which prepared their players for high profile championships.

Linkword Coach, Bolaji Gbenga, then said the defeat was a wake up call andÂ  overhauled the team for other big competitions.

In the Super Cup, which featured 16 teams at the Ladoje Playground, Agege during theÂ  period under review, Dyanamic football Club of Agege emergedÂ  winners. The teamÂ  defeated Ladoje FC 5-3 in the final.

A joyous Dynamic Coach, Femi Folarin, then said their victory spurred his players toÂ  perform well in other competitions they featured in.

â€œOur victory put us in a better position for high profile competitions this year andÂ  we used it to build our team for the challenges ahead of us,â€ he said.

In the All Stars Female Football Competition played at the Astro turf of theÂ  National Stadium in Surulere, Lagos, Nigeria, Brazil defeated Nigeria 5-3 viaÂ  penalty shootout after a goal a piece at regulation time.

The grassroots teams used names of their countries of choices in the competitionÂ  played among the female clubs both in Lagos and outside the state.

Brazil Coach, Onwuzuruike Norbert, who spoke to GSG , said the competition,Â  organised to discover hidden talents who would be good enough to feature for theÂ  Junior National team. He was happy that his club won the tourney.

At the Ramat Cup organised by the Youth Sports Federation of Nigeria,YSFON, KatsinaÂ  humbled Bauchi State 1-0 to and went home with the trophy.

The president of YSFON, Alhaji Babatunde Ojulari, hailed the organisers for theÂ  success of the tourney. Ojulari, who commended both teams for their goodÂ  performance, promised to execute all YSFON programmes lined up for the year.

The first quarter of the year also saw many clubs intensifying preparations for bigÂ  competitions like the Boska Cup and Lagos FA Cup, which helped many grassroots clubsÂ  perform well in other tournaments held this year.