Who Is After Tonto Dike? 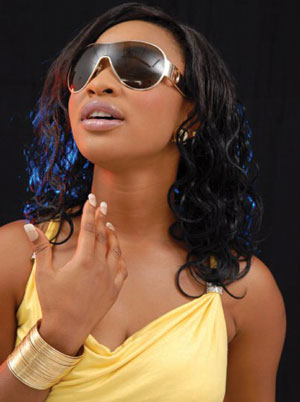 Since beautiful and versatile actress, Tonto Dike, emerged the first runner-up atÂ  the Next Movie Star reality showÂ  in 2006, there is no doubt that she has steadilyÂ  become one of the most sought-after in the extremely competitive industry.

Just at a time when the actress defended her role in the controversial movie, DirtyÂ  Secret, the rumour that she is having an affair with a 19-year old singer, Wiz Kid,Â  began to spreadÂ  like wild fire.

According to a source close to Tonto, â€œthere is no iota of truth in the rumour.â€

The source argued that itÂ  is disheartening that most times, the actress only findsÂ  herself a victim of circumstance.

â€œTonto is a very decent girl with good heart. I can tell you that most of the thingsÂ  being written about her in the media are not true. If you get close to her, you willÂ  discover the real kind of person she is.

â€œI am convinced that it is some people who are envious of her success and steadyÂ  rise to stardom that are sponsoring these baseless rumours. JustÂ  imagine it, howÂ  could Tonto be dating a 19-year old? There is no iota ofÂ  truth in it,â€ the sourceÂ  told NollywoodReel.