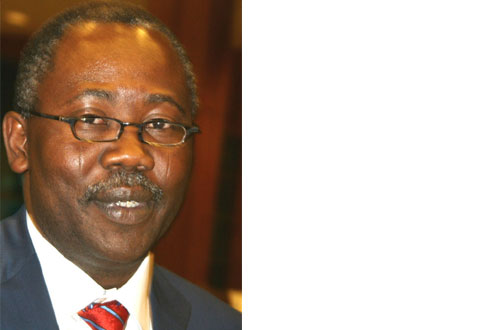 In a calculated move aimed at thwarting a legal onslaught to free suspected Abuja and Delta state bombers, the Attorney General of the Federation and Minister of Justice, Mohammed Bello Adoke, on Tuesday dragged Mr. Charles Okah and 3 others before a Federal High Court sitting in Abuja over the bombing incidents.

Counsels representing the suspected bombers had filed a preliminary objection challenging the arraignment of the suspects before an Abuja Magistrate Court. They had contended that the magistrate court lacks the requisite jurisdiction to entertain the suit and had requested for the charge to be struck out and the suspects released for lack of jurisdiction. The hearing of that application was fixed for Wednesday 8th December for hearing.

Mr. Charles Tombra Okah, Obi Nwabueze and Tiemkemfa Francis Osavwo were alleged to have levied war against the country in order to intimidate or overawe the President of the Federal Republic of Nigeria , thereby committing an offence contrary to and punishable under section 37 (1) of the Criminal Code, Cap 77 Laws of the federation of Nigeria, 1990.

They were alleged to have conspired with Mr. Henry Okah and one Mr. Emmanuel Allison to make a direct attempt to endanger the life of President Goodluck Jonathan by seeking to drive two motor vehicles wired with time regulated explosive devises to the Eagle Square on the occasion of the nationâ€™s independence day celebration, where the President was in attendance for the purpose of levying war against the state.

They were further alleged to have engaged the services of one Bassey Umoren, a welder who was paid Fifty Thousand Naira to construct hidden compartments into 4 vehicles, 2 of which were loaded with explosive devises at Port Harcourt by Obi Nwabueze and Chima Orlu who is at large and positioned near the Eagles Square where they were detonated on the Independence day.

The suspected bombers, acting on the directives of Mr. Henry Oka who is currently on trial in South Africa over the twin bombing incident, were alleged to have paid one Mr. Fatai Isiaka Adeyinka at Mile 2, Lagos, the sum of Two Hundred and Fifty Thousand Naira for a fairly used Mazda 626 car and paid Three Hundred and Eighty Thousand Naira to one Mr. Ahmed Ariyo also of Mile 2, Lagos for a Sonata car. These vehicles were said to have been used in the Abuja bombings.

Obi Nwabueze was alleged to have willfully collected One Million and Two Hundred Thousand Naira from Mr. Henry Okah with the intent that the money be used to purchase cars to perpetrate the acts of terrorism while Mr. Edmond Ebiware, one of the accused persons was alleged to have known that Mr. Henry Okah intended to commit treason but did not use reasonable means to prevent the commission of the offence neither did he give information with reasonable dispatch to a peace officer thereby committing an offence contrary to section 40 (2) of the Crimina Code.

Nwabueze and Tiemkemfa Francis Osvwo were alleged to have participated in causing the explosion of dynamites near the Government House Annex, Warri Delta state, venue of the Vanguard Newspaperâ€™s Post Amnesty Dialogue after collecting the sum of Two Million Naira from Mr. Henry Okah.

The accused persons pleaded not guilty to the charges and their lawyers led by Mr. Oghenovo Otemu, attempted to move an application for their bail but the court presided over by Justice Gabriel Kolawole adjourned to 15th December to enable them file a formal application for bail which will be heard on the said date and ordered that the accused persons be remanded at the SSS custody.