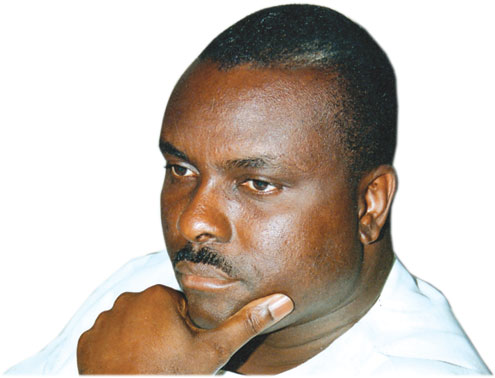 The road to any prison is certainly not paved with gold or silver. But the allure isÂ  proving irresistible to James Onanefe Ibori, former governor of Nigeriaâ€™s DeltaÂ  State. Still waiting to overturn a Dubai court 17 October order that he should beÂ  extradited to Britain to face the charge of money laundering, Ibori has a lot toÂ  worry about as British prosecutors scored another stunning victory when BhadreshÂ  Gohil, his London-based lawyer entered a guilty plea at the opening of a new trialÂ  involving the theft of V-Mobile shares in Nigeria.

gathered that it would be the second Ibori-related case for Gohil thisÂ  year. Two weeks ago, the Southwark Court convicted the lawyer on anotherÂ  money-laundering charge, in a trial that also involved Iboriâ€™s wife, Theresa NkoyoÂ  Ibori. Mrs. Ibori was also convicted and is currently serving a five-year sentenceÂ  in a London prison. The court deferred Mr. Gohilâ€™s sentencing until the conclusionÂ  of the trial that began yesterday.

A London-based legal expert told Saharareporters that, in pleading guilty to theÂ  fresh eight-count charge, Mr. Gohil may have signalled that he could not wriggle outÂ  of the water-tight case that the UK Crown Prosecutor has against him.

â€œMr. Gohilâ€™s guilty plea is going to make it tougher, if not impossible, for Mr.Â  Ibori to fend off the British governmentâ€™s request for his extradition from Dubai toÂ  face numerous money laundering charges in London,â€ the expert added.

Although the trial was expected to last for three weeks, Mr. Gohil told the courtÂ  that he wanted to plead guilty. His motion for a guilty plea was accepted andÂ  recorded.

The legal expert told us that Mr. Bhadresh Gohil joins the rare company of the fewÂ  UK lawyers to be convicted for money laundering.

Southwark Crown Court judge, Christopher Hardy, who once referred to Gohil as theÂ  â€œpredicate offenderâ€ alongside Mr. Ibori â€“ who is currently appealing a ruling forÂ  his extradition from Dubai to London â€“ did not say much at the court session.

In court yesterday, two other accused, Lambertus De Boer and Daniel McCann, pleadedÂ  not guilty. British prosecutors accused Gohil of participating in the laundering ofÂ  funds realized from the sale of V-Mobile shares owned by the governments of DeltaÂ  and Akwa Ibom.

The accused face 14 counts of forgery and money laundering in relation to the saleÂ  of V-Mobile telecoms shares by Akwa Ibom and Delta States. The accused menÂ  reportedly used front companies to defraud the Nigerian states of a total of $37.8Â  million realized from the sale of the shares.

In an instance cited in the case summary, prosecutors state that an $11 million loanÂ  was purportedly granted to an aviation company that assisted Mr. Ibori in purchasingÂ  a jet from Canada; $10 million was given to â€œAscot Offshore Nigeria Limited,â€ theÂ  company that Ibori used to purchase Wilbros; and another $790,000 was granted toÂ  another fake firm â€œAfrica Development Co.â€ and an offshore nominee firm.

The charges of forgery concern Mr. De Boer and McCann. They are accused of violatingÂ  the Forgery and Counterfeiting Act of the UK by creating fake documents betweenÂ  Delta State and Africa Finance Ltd., and also between Delta and African DevelopmentÂ  Company. They are also accused of creating a false account that used both menâ€™sÂ  names as beneficiaries as part of a scheme to hide the fraudulent nature of theÂ  transactions.