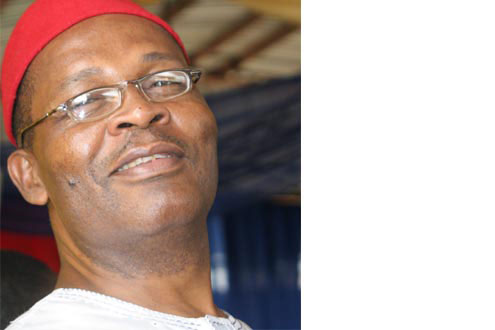 The Lagos State chapter of the Action Congress of Nigeria has condemned the allegedÂ  plan to eliminate the leader of the party and former Governor of Lagos State,Â  Asiwaju Bola Ahmed Tinubu as a way of ensuring the PDP remains politically relevant,Â  not only in the South West but the entire country.

The party says that should the PDP go ahead in its devilish plan, it will bringÂ  untold calamity on itself and its members and bring about the collapse of theÂ  present democracy.

In a release signed by the Lagos State Publicity Secretary of the ACN, Joe Igbokwe,Â  the party warned the PDP that it should not test the will of Nigerians who are fedÂ  up with the PDP rouge leadership of the country in twelve years of unmitigated woes.Â  It said that any attempt to visit the Bola Ige option on Asiwaju Tinubu will notÂ  only be met with untold disaster but will certainly prove a waterloo for the PDP andÂ  its members.

â€œWe are shocked that the PDP still has no appetite for free and fair competition butÂ  is still deeply immersed in a do-or-die politics of elimination, blackmail,Â  electoral fraud and intrigues,” the ACN stated.

â€œWe are aware that the PDP is scared of its prospects in 2011 and this was broughtÂ  about by a combination of bad and terrible governance, corruption and politicalÂ  manipulation which they have promoted in Nigeria since 1999.

“That Nigerians are fed up with the party is very obvious in the public expressionÂ  of disenchantment with the party and its policies and if the party now thinks thatÂ  it can achieve any political gains through electoral fraud, politicalÂ  assassinations, intimidation, blackmail and dirty means, then it must have a rethinkÂ  for Nigerians are ready to resist the evil ways of the PDP,” the party added.

â€œWe want to warn the EFCC not to allow itself to be used by the PDP for its dirtyÂ  political wishes of the PDP. We want to let the EFCC know that if it is desirous ofÂ  catching the serial looters that have among themselves shared over 95 per cent ofÂ  Nigeriaâ€™s oil wealth in the past twelve years, it need not look farther than the PDPÂ  and it will have a bagful, including present occupiers of state offices. We want toÂ  let them know that it will only precipitate its doom if it allows itself to be madeÂ  an integral part of the PDP’s desperate political machine. It will only occasion itsÂ  ultimate death if it still believes Nigerians will watch as it becomes a PDP attackÂ  dog as 2011 approaches.