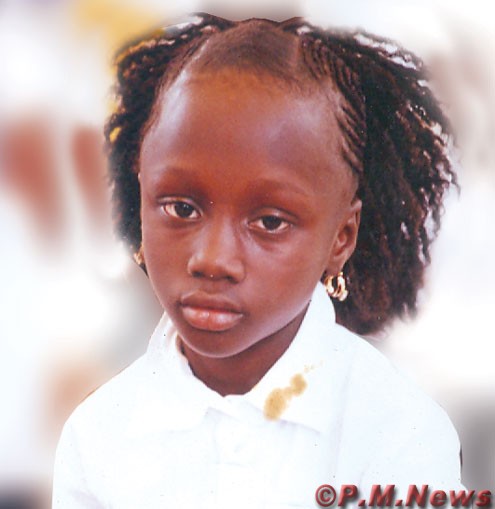 The supremacy battle between Fadeyi youths and drug peddlers in Akala, Mushin area ofÂ  Lagos State, popularly called Eru Iku, has recorded yet another casualty as a nine-year old primary school pupil was shot dead by the hoodlums.

Aminat Oladepo, a primary three pupil of Ola Emma Nursery and Primary school, Mushin was shot dead at about 7.35 p.m on Tuesday, the eve of her ninth birthday.

She was said to be on errand for her parents at Tiamiyu Street, off Ereko Street, Fadeyi, to buy food when she was sprayed with bullets by the hoodlums from Akala.

P.M.NEWS reliably gathered that the late Aminat on sighting the hoodlums who were on a revenge mission at Fadeyi, hid behind a car to escape their wrath but the car could not protect her as the hoodlums sprayed the car with bullets and killed her instantly.

Her corpse was taken to the Homicide Department of the State Criminal Investigation Department, SCID, Panti, Yaba, Lagos, by her parents and sympathisers to protest police inability to stamp out the activities of hoodlums in the area.

Her father, Mr. Saheed Oladepo who was weeping profusely while speaking with P.M.NEWS, called on the state government and the state Commissioner of Police to wade into the matter and bring the killer of his innocent daughter to book.

Oladepo who described the late Aminat as his precious first daughter said: â€œShe was my first daughter; very humble and respectful. All I am asking from the government is to allow justice to prevail in this matter. I want the killers of my precious daughter to be brought to book.â€

Before the death of Aminat,Â  there had been reported cases of fighting in Mushin and Fadeyi with properties worth millions of naira destroyed in the process.

The fight for supremacy in the area, P.M.NEWS reliably gathered, has been giving residents a lot of concern and letters have been written to the police and the government to curb the activities of the hoodlums in the area but to no avail.

A day after Aminat was gruesomely killed, P.M.NEWS gathered that two other residents of Fadeyi were killed overnight in a retaliatory attack.

According to a resident who gave his name as Andrew: â€œMushin has been turned into a boiling cauldron. People are killed and nothing is being done by the police. The police appeared helpless. Those Akala boys are giving us sleepless nights. They usually come with sophisticated weapons and do not care about the number of people killed whenever they come here.

â€œThe fightings has ledÂ  to a lot of people relocating from this community to other places. They are afraid of being killed. We are helpless and we want the state government to come to our aid.â€

Also commenting on the crisis in the area, National Coordinator of the Oodua Peoples Congress, OPC, Otunba Gani Adams, absolved his group from the fighting.

â€œOPC is not involved in the fighting. The fighting there is between some boys known as Eru Iku and thugs of some politicians. You know the election is fast approaching and politicians are struggling to increase their areas of influence. They are the ones using these boys to forment trouble.

â€œI waded into the crisis sometime ago and held meetings with all the factions to stop the incessant killings in the area. After the meetings, I wrote a letter to the state government on the issue. I think the problem there has to do with poverty.