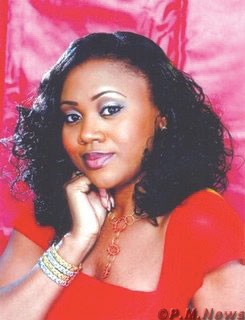 Sultry actress, Stella Damasus, has described 3 December as a date she will neverÂ  forget in her life. It was the day her former husband, Jaiyejeje Aboderin, bade thisÂ  world goodbye.

Friday last week made it exactly six years that the versatile Jaiye died of cardiacÂ  arrest while playing basketball with his friends.

However, Stella, friends and other relatives visited the deceasedâ€™s grave at theÂ  Victoria Garden Cemetery on that day to pray and also lay the wreaths.

Speaking with NollywoodReel on that Friday morning, Stella confirmed that she willÂ  live to remember the day Jaiye died.

â€œIt was a day I can never forget. Jaiye was more than a husband to me; he was myÂ  brother, father and everything,â€ Stella said, adding, â€œIâ€™m also planing toÂ  immortalise him and that will be duringÂ  his 10th memorial anniversary in 2014.â€

The late Jaiye had two daughters, Isabel and Angela from Stella.