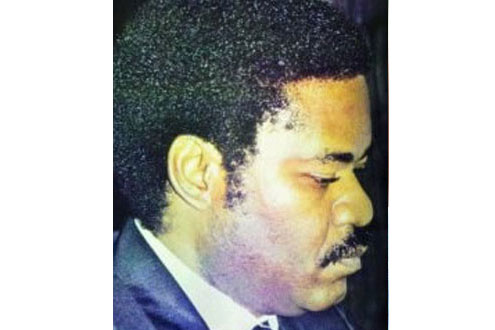 Veteran journalist and a former managing director/editor-in-chief of TribuneÂ  Newspapers, Mr. Felix A. Adenaike has asserted that nobody can find the killer ofÂ  the founding Editor-In-Chief of Newswatch magazine, Dele Giwa who was murderedÂ  through a parcel bomb on 19 October, 1986.

According to Adenaike, the late Dele Giwa was murdered by the state and wheneverÂ  such murder occurred, nobody can find the killer except where he was arrested by hisÂ  own conscience and confessed openly. â€œThe thesis of a Commissioner of Police hasÂ  shown that where the state carried out a murder, nobody can find the killer exceptÂ  he is arrested by his conscience.

If he has any and he confessed publicly,â€ Adenaike declared.

Adenaike made the remark as the reviewer of the book, â€œjogging in the jungle, theÂ  Newswatch storyâ€ edited by Ray Ekpu, the Chief Executive Officer and Editor-In-ChiefÂ  of Newswatch to commemorate the 25th anniversary of its founding.

At a well attended presentation held in Lagos yesterday, Adenaike commended theÂ  founding editors of Newswatch, the late Dele Giwa, Ray Ekpu, Dan Agbese and YakubuÂ  Mohammed pointing out that since July 1985 that the first issue of the magazine hitÂ  the newsstand, the face of Nigeria journalism was not the same again.

He regretted that the struggle for political freedom and survival of the magazineÂ  led to the killing of late Dele Giwa, Adenaike described the 19 chapter book writtenÂ  by Newswatch writers as a compendium of the magazineâ€™s history.

He also praise Dele Giwaâ€™s influence on the Nigerian journalism scene. The formerÂ  Nigerian Tribune Managing Director recalled that Dele Giwa and Dr. Yemi Ogunbiyi metÂ  in America where they both studied. He said when Ogunbiyi returned to Nigeria, heÂ  wanted to stay with the Guardian Newspaper for only one year but in the long run, heÂ  never returned to his lecturer job at the Obafemi Awolowo University, Ile Ife.

In a welcome address, Ekpu disclosed that Newswatch has published 20 books and hasÂ  appointed Dan Agbese as the Managing Director of Newswatch Books Limited.

He recalled his incarceration and trial for murder over the article titled â€˜SodomÂ  and Ghomarahâ€™. Ekpu expressed gratitude to former two-time Governor of Ogun State,Â  Aremo Olusegun Osoba who mobilized people for a march round Lagos before hisÂ  eventual release.

Ekpu noted that reading culture with standard of education has declined. HeÂ  therefore commended the book to all Nigerians quoting Francis Famous quote,