No Governorship Aspirant in Lagos Yet â€”Ajomale 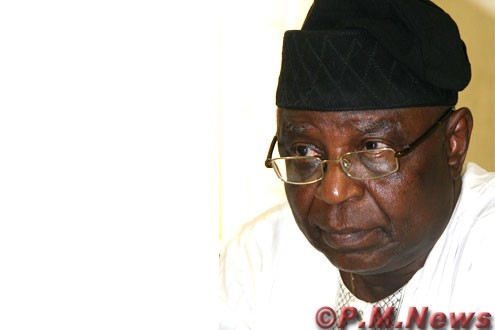 As the 2011 general elections approach, the Chairman of the Action Congress ofÂ  Nigeria (ACN) in Lagos State, Otunba Henry Ajomale, has denied that politicians haveÂ  started submitting their letters of intent to contest the governorship seat in theÂ  state to the party.

According to Ajomale, the space for the governorship position is still blank as farÂ  as ACN in Lagos is concerned.

He gave this reaction while responding to questions on whether some governorshipÂ  aspirants have sent their letters of intent to the party secretariat in the state.

Among those reported to have sent their letters of intent to contest theÂ  governorship position in the State include the Speaker of the Lagos State House ofÂ  Assembly, Hon. Adeyemi Ikuforiji, the State Commissioner for the Environment, MuizÂ  Banire, his counterpart in the Ministry of Science and Technology, Ganiu Hamzat andÂ  Tunji Bello, Managing Director, Lagos State Signage and Advertising Agency (LASAA).

According to Ajomale, â€œNobody has sent any letter of intent to contest governorshipÂ  in Lagos State. The space for governorship is still blank.

â€œI am confirming to you as the Chairman of ACN in Lagos that nobody has signifiedÂ  intention to contest for governor in the State. If there is, I should know.

Continuing, he said: â€œThose telling you that the Speaker has obtained form toÂ  contest for governorship are bloody liars. There is nothing like that.

â€œThe only person that has taken form of intent or signified his intention to contestÂ  for the governorship is not even a member of the party. Those who have submittedÂ  letters of intent are aspirants for senatorial and House of Representatives andÂ  others. That is what we have now.â€

Lagosians are, however, waiting to see those who will submit their letters ofÂ  intent to contest the position against the incumbent governor, Babatunde Fashola,Â  whose posters and billboards for re-election have taken over the state.

Though Fashola has not officially declare his intention to go for a second term,Â  many of his supporters have been campaigning for his re-election.

As part of his strategy to get the peopleâ€™s attention, he has also taken advantageÂ  of the Bus Rapid Transit (BRT) scheme, as most of the buses now have his posters andÂ  other materials asking Lagosians to re-elect him.

The governor has also opened a campaign office within the state while a campaignÂ  team is being put in place.

However, several times, the Speaker denied claims that he was running for theÂ  governorship of the state.

Ikuforiji, while reacting to the claims yesterday, described himself as a politicianÂ  and would continue with his political aspirations.Â  â€œI will definitely contest for aÂ  political position which I donâ€™t yet know, because the power lies in my party,â€ heÂ  stated.