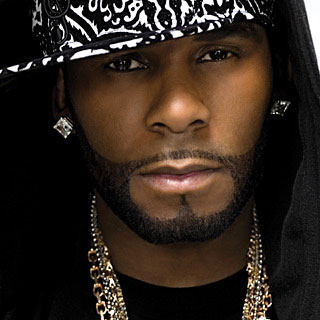 The artiste, who is also the international headliner for this yearâ€™s edition of StarÂ  Mega Jam in Nigeria, was named byÂ Billboard,Â a weekly AmericanÂ magazineÂ devoted toÂ  theÂ musicÂ industry,Â as the biggest hip hop artiste to have emerged in the past 25Â  years.

R. Kelly attained global acclaim in 1992 and has since then amassed 35 top ten hitsÂ  on the US R&B/Hip Hop chart and a total of 84 charting singles, 11 of which haveÂ  reached number one. These include hits such as Bump n Grind and Iâ€™m Your Angel, aÂ  duet withÂ Celine Dion. He has sold more than 34 million records worldwide.

Speaking at the presentation of prizes to the winners of the seventh and finalÂ  edition of the Star Independence Game Show for 2010, van der Linden lauded theÂ  international R&B superstar for his consistency in churning out hit tracks in theÂ  highly competitiveÂ global music industry, a feat which has thus earned him theÂ  honour of being named the best hip hop artiste in the past 25 years.

â€œEven though R. Kelly was recently named the biggest hip hop artiste months after weÂ  officially signed the contract to bring him to Nigeria for Star Mega Jam and weeksÂ  after we formally unveiled him as the star act, his recent accomplishment goes aÂ  long way to confirm Starâ€™s commitment in ensuring that only the very best is goodÂ  enough to feature in Star Mega Jam,â€ noted van der Linden, adding thatÂ  NigeriansÂ should expect nothing short of a world class performance from R. Kelly,Â  who is expected to arrive the shores of Nigeria on Wednesday, 15 December.

His arrival two days before the event, would afford him opportunity to have a feelÂ  of the Nigerian environment.

â€œR. Kelly has promised his numerous fans a stellar performance. I therefore urge hisÂ  fans to troop out to the venues of this yearâ€™s edition of Star Mega Jam to witnessÂ  this once-in-a-lifetime opportunity,â€ Tony Agenmonmen, Marketing Manager, Lager, NBÂ  Plc, stated.