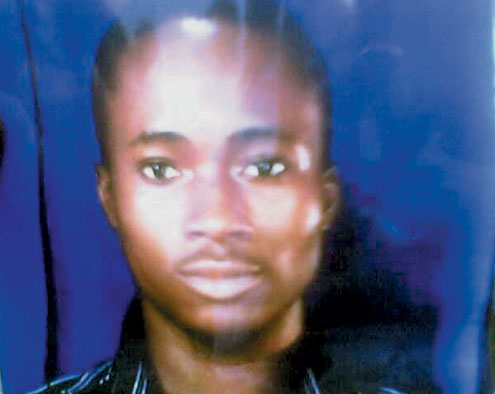 The police did not only kill Ismaila, two other fans whose names were given asÂ  Biodun and Sanjo were also injured by the bullets fired by the police.

P.M.NEWS gathered that the men were shot at a viewing centre covered with a canopy.Â  The police, it was learnt, were in the area to dislodge some suspected criminals atÂ  their hideout when the bullets they fired hit the deceased and his friends who wereÂ  watching the match.

According to a football fan, Seun Alabi who was also at the viewing centre beforeÂ  the incident occurred, the police came to the area when the match was going on andÂ  started firing indiscriminately at a black spot in the area. The team of policemenÂ  was reportedly led by one Akeem. â€œThe next thing we heard was a gunshot that leftÂ  Ismaila dead and two others injured,â€ he stated.

The death of the youth threw the area into pandemonium as residents ranÂ  helter-skelter to escape being hit by stray bullets.

Youths in the area later trooped out in their hundreds to protest the killing of theÂ  Manchester United fan.

When P.M.NEWS visited the father of the victim, Ramoni Sanni at his residence on 30,Â  Awokpe Street, Alaba, Amukoko, Lagos, he expressed shock at the death of Ismaila whoÂ  was his last child.

He accused the police of killing his son in cold blood and called on the authoritiesÂ  to bring the killers to book. He also described the late Ismaila as a peaceful manÂ  who loved football.

At the Pako Police Station, Okokomaiko, where the murder was reported, the DPOÂ  refused to comment, saying that he has not been briefed.

He advised that we should go to the Police Public Relations Officer for anyÂ  information on the incident. Telephone calls to the Lagos police command spokesman,Â  Mr. Frank Mbah, were not immediately answered.