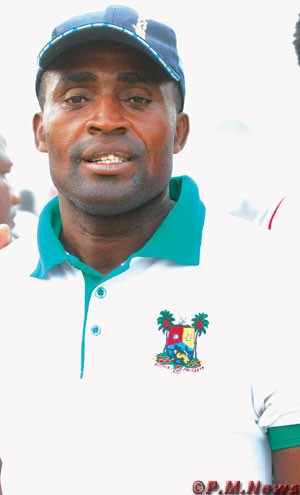 Coach Mark Balogun, the Tournament Coordinator of ipNX sponsored Rookies BasketballÂ  Tournament has said that this yearâ€™s edition of the youth championship will be aÂ  memorable one.

Balogun, who tutored Team Lagos basketball team to win sliver medal at the lastÂ  National Sports Festival in Kaduna â€œKADA 2008â€, disclosed that all arrangement haveÂ  been concluded to dunk off the tourney on Monday, 20 December at the basketballÂ  court of Nigeria Police College, Ikeja and the Sports Hall of the Mobolaji JohnsonÂ  Sports Centre, Rowe Park, Yaba, Lagos.

Balogun said one of the new innovations in this yearâ€™s tourney is the holding of theÂ  competition at two venues.

According to the him, â€œthis yearâ€™s edition will be bigger in terms of sponsorshipÂ  and organisation because apart from youth teams from Lagos State who will take partÂ  in the competition, we have also invited teams from other states to make theÂ  tournament more competitiveâ€.

He informed that the tournament will feature teams in the U-18, 16 and 14 in bothÂ  boys and girlsâ€™ categories.

He also said that the grand finale of the five event will hold on 24 December atÂ  the Sports Hall of Rowe Park Sports Centre, Yaba.

Balogun, who is a police officer thankedÂ  ipNX Nigeria Limited for supportingÂ  basketball development in Nigeria, saying its support for the tournament in the lastÂ  three years has help in discovering many young players who are today featuring inÂ  the Premier League.

â€œWe are currently discussing with our sponsor, ipNX Nigeria Limited on a long termÂ  sponsorship of the tournament, which is one of the best organised youth tournamentÂ  in the country today.