PDP Is A Jungle â€”Nyako, Nnamani 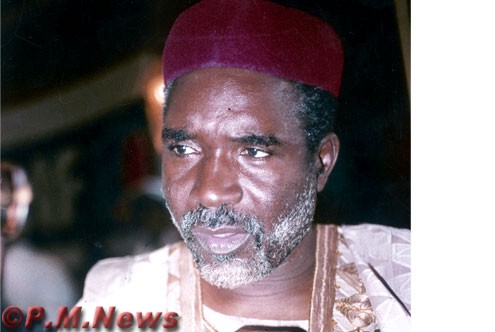 The governor, a retired Admiral of the Navy spoke at the venue of the launch of two books on the former Chairman of the Economic and Financial Crimes Commission, EFCC, Mallam Nuhu Ribadu.

Nyako who is from the same state like Ribadu had while seeking permission to leave the event said he has another meeting at the “jungle” he belonged to, a remark which attracted general laughter from the audience who immediately interpreted the “jungle” to be the National Executive Committee meeting of PDP which held yesterday afternoon.

But there was further clarifications for those who may be in doubt about what the “jungle” meant when Ken Nnamani, former Senate President mount the podium.

“The jungle the Governor talked about is the PDP. We are having our National Executive Committee meeting today”, the former Senate President said while also informing the audience that he will soon leave the venue of the event.

However, while PDP members described their party as a jungle, Honourable Hakeem Gbajabiamila, the House of Representatives member who represented Asiwaju Bola Ahmed Tinubu, former Lagos State Governor at the event said Action Congress of Nigeria, ACN is a paradise.