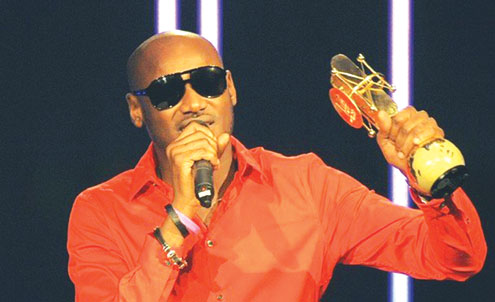 In keeping with tradition, the awards featured an array of electrifyingÂ  collaboration between artistes from different parts of the continent, mixing upÂ  music genres, languages and cultures in an unprecedented extravaganza of AfricanÂ  talent.

Among the collaborators were Nigeriaâ€™s 2face, who hooked up with South African rockÂ  group, The Parlotones, while the performance of Banky Wâ€™s Lagos Party saw SouthÂ  Africaâ€™s Big Nuz, Angolaâ€™s Cabo Snoop and Paul G and DRCâ€™s Barbara Kanam, rockingÂ  the house with the first ever truly pan-African version of the hit track.

â€œTonightâ€™s MAMA with Airtel was a joyful and uplifting celebration of African youthÂ  culture and music. It brought together the best talent from across Africa toÂ  showcase the incredible music that Africa has to offer to the world.Â  It is amazingÂ  to see collaborations between the artistes as it fosters a spirit of camaraderie andÂ  creative exchange that take their music to a new level,â€ said Alex Okosi, SeniorÂ  Vice President and Managing Director, MTV Networks Africa, of the event.