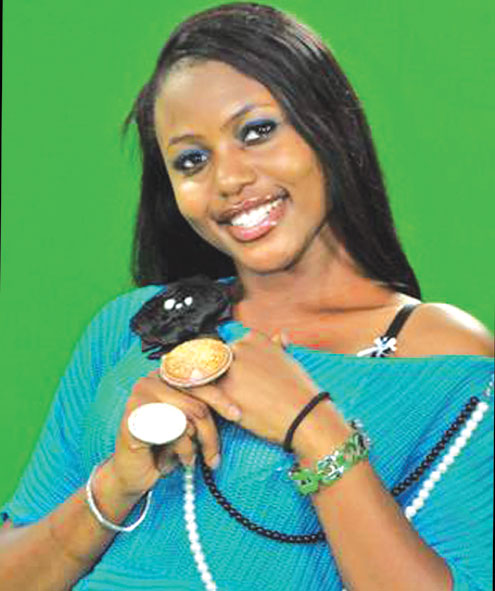 After weeks of pure excitement and entertainment, intense drama and suspense, AkioÂ  Precious Ilami, has emerged winner of the 2010 edition of the Next Movie StarÂ  Africa.

Not just that, she joins the NMS Hall of Fame hitherto occupied by past winnersÂ  including Kingsley Ogboso, Portia Yamahan, Enoch Hammond from Ghana, AvenetteÂ  Sirleaf from Liberia and Oyindamola Odesola.

As painful as it was losing out on the NMS top crown, the three finalists wereÂ  consoled by the fact that Kevin Chuwang Pam and Uti Nwachukwu who have gone on toÂ  achieve continental fame, did not win when they contested in the NMS in 2006 andÂ  2007 respectively.

In fact, they were both runners up and interestingly, Kevin went on to win the BigÂ  Brother Africa in 2009, while Uti won the 2010 All Starsâ€™ edition of the BBA.

Although pitted against equally talented contestants, the pretty and fashionÂ  conscious young lady stunned Nigerians and Africans at large with her artisticÂ  abilities and social flair, giving outstanding performances in the numerous tasksÂ  given to her.

Shocked and surprised at the announcement of her name by popular comedian, GbengaÂ  Adeyinka the 1st, Akio jumped, cried, laughed and danced at the same time and saidÂ  â€œI canâ€™t believe this. I canâ€™t believe I am the Next Movie Star. Is this a dream?

On Wednesday, 10 November, 2010, 16 youths, drawn from across eight AfricanÂ  countries, entered the Next Movie Star House in search of fame, pride and glory.

In the first two weeks in camp, the housemates went through several training andÂ  grooming sessions by accomplished professionals as part of the organisersâ€™Â  commitment to engender an informative, entertaining and educative show. They wereÂ  thereafter taken to the custom-built NMS House in Akute, Ogun State.

During the show, the housemates were visited by many celebrities including the worldÂ  famous Kennis Music All Stars comprising Goldie, Jaywon, Femi and Joe el, whileÂ  Foluke Daramola, comedian, Koffi, Eyo of Project Fame who is an alumnus of the NMS,Â  Moâ€™Cheddah and Portia also visited. They were at the NMS House as part of the ThankÂ  God Itâ€™s Friday programme which allowed housemates to party and meet with theirÂ  favourite celebrities.

Conceived in 2005 to serve as a springboard for unheralded talents to enter theÂ  Nigerian movie industry in grand style, the NMS has over the years, producedÂ  countless movie stars including Tonto Dike, Annie Macaulay, Moyo Lawal, Eyo, who wasÂ  on the last Project Fame West Africa and Lydia Forson, the Ghanaian contestant inÂ  2007 that went on to become a joint winner of the best actress award at the 2009Â  Africa Movie Academy Awards.

According to the executive producer of the show, Sola Fajobi, â€œthis yearâ€™s show wasÂ  especially very interesting because we had house mates from eight African countriesÂ  who were all talented in their own right. The house mates were also conscious of theÂ  fact that they needed to dig into the depth of their talents which made it veryÂ  difficult to determine the eventual winner but only one person could win at the endÂ  of the day and the lucky person is Akio Ilami.â€