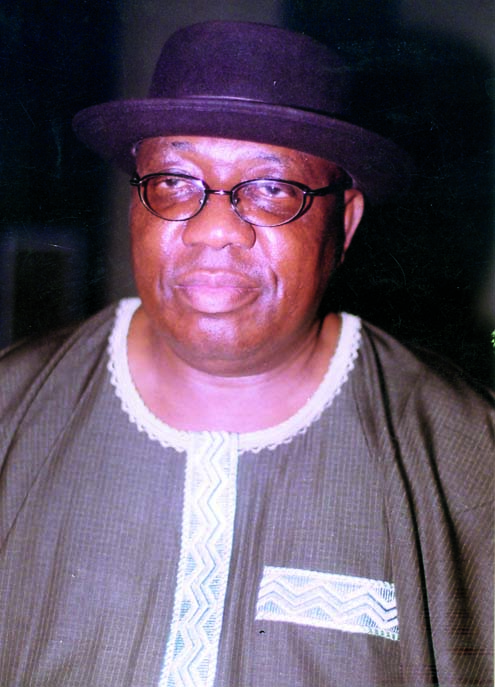 The non arrival of the corpse of the late Fuji maestro, Alhaji Sikiru Ayinde Balogun, a.k.a. Sikiru Ayinde Barrister, from London has been blamed on the massive snow which had taken over the city and grounded planes.

Most flights from London to other cities around the world, P.M.NEWS gathered this morning, were either cancelled or rescheduled as a result of the heavy snow.

Speaking with P.M.NEWS today on phone from London on the late arrival of his fatherâ€™s corpse for burial, eldest son of the deceased, Wale, a.k.a. Barry Showkey, blamed it on the poor weather in London.

As a Muslim, Barrister who died on Thursday, 16 December should have been buried the same day or the following day, according to Islamic injunction, but it has not been possible to bring his corpse home because of flight cancellations in London.

Barry Showkey, also a musician, confirmed that the plane to convey Barristerâ€™s body home could not move because of the bad weather in London and environs.

â€œWe have been informed that the aircraft cannot fly now because of the weather over here (London). But letâ€™s see what happens later today. If it is still possible today to bring down the corpse to Nigeria, they will call us on phone,â€ said Barry Showkey. Also commenting on the late arrival of Barristerâ€™s corpse, younger brother of the deceased, Alhaji Nurudeen Salaudeen Balogun who spoke at the Isolo, Lagos residence of Barrister, told P.M.NEWS that the corpse of the late musician might be flown in on Wednesday.

He added that the corpse would be buried immediately on arrival at the Isolo residence of the late Fuji musician.

Alhaji Nurudeen explained that Barristerâ€™s first son, Barry Showkey, who is based in Dublin, Ireland but now in London to bring the corpse home informed him of the latest development during a telephone chat this morning.

Paying tribute to the late fuji maestro, Alhaji Nurudeen described his death as a monumental loss to the family and stressed that the family cannot get another Barrister in decades to come.

Meanwhile, the National President of the Performing Musicians Association of Nigeria, PMAN, Admiral Dele Abiodun has promised to discuss with the family of Sikiru Ayinde Barrister on the best way to immortalise him.

Abiodun assured that PMAN would not only play a key role in the burial but also ensure that his legacies were protected.

â€œBarrister was a good friend of mine. His death is a big loss to the entire world. As regards his burial arrangement, I can assure you that PMAN will play a major role. We have discussed with his family on how to immortalise him,â€ Abiodun said.

Also commenting on Barristerâ€™s death, popular fuji musician, Saheed Osupa, said he was short of words when he learnt of Barristerâ€™s death. In the condolence register he signed at the Isolo residence of the late Barrister on Thursday, Osupa simply wrote, â€œAlhaji Soliu.â€

In his own tribute, a family friend of the Baloguns, Debo Adegoke described the late Barrister as a God-fearing person.

More musicians continued to visit the Isolo, Lagos residence of the late Barrister this morning to sign the condolence register and sympathise with his family.

Popularly known as Alhaji Agba, the late Barrister died in a London hospital on Thursday after a protracted illness.