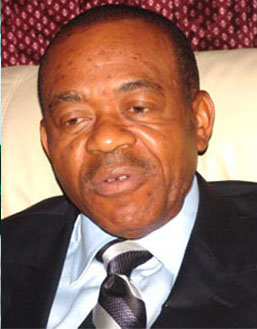 Governor Theodore Orji has narrated how he joined the wrong gang to be elected governor of the state in 2007.

The governor, who, made the confession at the M.I. Okpara Auditorium, Government House, Umuahia while seeking a second term in office, said he represents aÂ  new face of Abia.

Like a Catholic priest, the people after hearing his confession told him to â€˜go and sin no moreâ€™ and endorsed him for a second term.

â€œThe story of Abia State in the past three and half years of my first tenure in office is the story of a good man who joined the wrong gang. It is the storyÂ  of a potentially promising state, that was truncated into a privatised estate that held its good rulers and people in bondage and gagged them withÂ  impunity,â€™â€™ declared Orji.

He said evil triumphs when good people kept quiet. â€œAfter all, it was the encouraging sounds of your voices that finally broke the run of evil story and theÂ  evil jinx. You said,Â  â€˜Never again,â€™ and I heard you loud and clear.â€™â€™

Reflecting on his troubled days, the governor said:Â  â€œFor the period that those who privatized Abia State as their personal fiefdom kept our people inÂ  bondage, they instigated terror, violence and insecurity, to keep Abians down and made life intolerably. It was fear that created easy access to the pulseÂ  and purse of the state.â€™â€™ Continuing, he stated: â€œOur government was left to fight both bondage and insecurity in a vicious, endless circle.

â€œWe have broken from the bondage and we are now free from the bottomless pit of a once privatized state and now back to the peak of a free people, determinedÂ  to recapture their fate and take their pride of place as a great state.â€™â€™

He promised to lay a solid foundation for a sustainable political, social and economic development of the state in his second term that has commenced withÂ  the recent Abia Economic Summit to articulate a sound basis for growth and wealth creation for all Abians.

For Orji, his programmes for the next four years are already articulated in the 2011 budget presented to the State House of Assembly for considerationÂ  titled: â€œBudget of Liberation and Restoration.â€™â€™ With this, he says, the days of locust are certainly over.

In setting his new agenda, he reiterated the need to sustain the peace and security in the state with eternal praise to Almighty God and his ally in theÂ  Presidency, President Goodluck Jonathan.