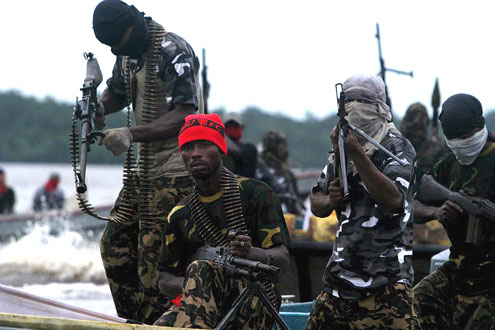 It was learnt that about six robbers emerged from nowhere and started shooting into the air to scare away residents while they operated.

The gunshots could be heard at Alapere Police Station, a witness said.

P.M.NEWS gathered that when the robbers arrived the street, they stopped a private bus that was conveying workers to their office and collected all theirÂ  valuables. They also snatched valuables from other cars before shooting two persons in the legs.

â€œThey pointed gun at us and came into the car and asked me to drive away, but we were blocked by another car in front and they hurriedly left. They took awayÂ  our car key and went on shooting,â€ a staff of Technokleen, a company located in Lekki, Lagos, told our correspondent.

Witnesses said that the two men that were shot were taken to a nearby private hospital for treatment. They had lost a lot of blood, it was learnt. Two hoursÂ  after the incident, the police had not visited the area