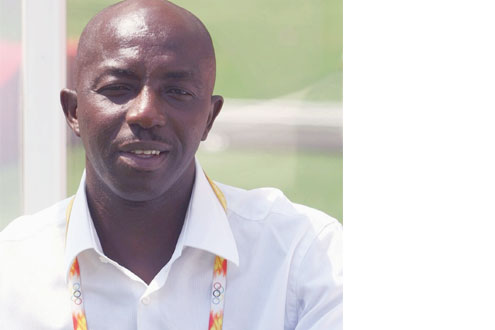 Former Nigerian international, Joe Erico, has condemned Super Eagles Coach Samson Siasia’s foreign tour at a time the whole of Europe is experiencing heavyÂ  snow and freezing temperaturesÂ  as a waste of time and resources.

Siasia on Tuesday discontinued with the European tour, aimed at monitoring and discussing with some Nigerian players, due to the harsh weather, choosingÂ  instead to head to the United States of America to spend the yuletide holidays with his family.

Describing the tour as sheer waste of resource, Erico told SuperSport.com in Lagos that the harsh weather which saw Europe leagues being put off should haveÂ  dissuaded the former Nigerian international from embarking on the trip.

â€œThat trip would not have come up if I had my way but then there is nothing you can do about it.

â€œIt is part of our cultureÂ  to spend money, enjoy oneself and if they were doing it with the white man why shouldnâ€™t they do it with Coach Samson Siasia? ItÂ  is unfortunate that we did not even think of the end product of the trip,â€ he said.

“We did not think of the condition over there before embarking on the trip, it is part of our culture,â€ Erico lamented.

Insisting that the system of coaches travelling outside his nationâ€™s shores to monitor players is outdated, the former Super Eagles assistant coach said thatÂ  modern technology has made those trips unnecessary and uncalled for.

â€œIn this age when you can sit down here in your car and have your discussion, it is unfortunate, but it is good for the young man, let him enjoy the money,â€Â  he said.