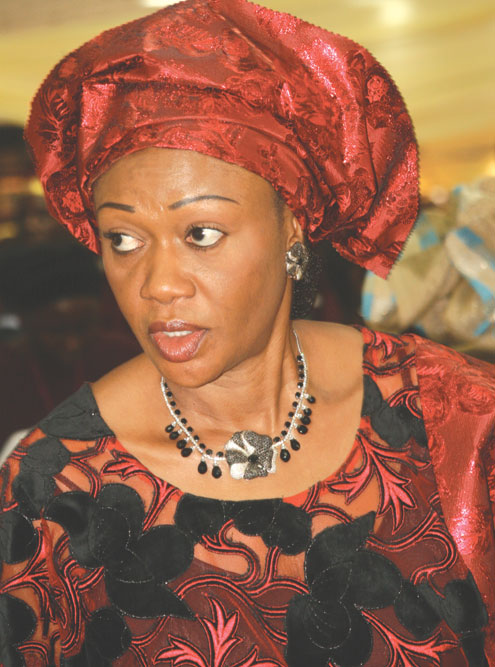 The primary elections of the Action Congress of Nigeria, ACN, across the country have been marred by violence, intimidation and imposition of candidates, P.M.NEWS checks nationwide have shown.

In controversial consensus arrangements, candidates for the April general elections have emerged in some states, most times, against the will of the majorityÂ  of the electorate, it was gathered.

It was learnt that some popular candidates who enjoyed the support of the electorate were forced to withdraw for endorsed candidates.

Candidates who refused to withdraw were disenfranchised while the endorsed candidates were selected by godfathers instead of being elected by the electorateÂ  as it obtains in any democratic process, it was observed nationwide. This has led to protests in parts of the country.

In Ekiti State, the primaries conducted in Ekiti Central Senatorial district were annulled by the State Chairman of the Party, Mr. Jide Awe. P.M.NEWS learntÂ  that Awe favoured a candidate who lost out and annulled the elections.

He escaped being lynched by party faithful who invaded the partyâ€™s secretariat in Ajilosun Area of Ado Ekiti. The enraged supporters, mostly the youths,Â  demanded that the results be validated in the district.

P.M.NEWS gathered the votersâ€™ registers in the district were doctored. It was learnt that several names were removed and many fictitious names added toÂ  favour some aspirants.

However, the ACN Chairman in Ekiti Central Senatorial District, Mr. Jide Ajayi, described the announcement of the cancellation as unwarranted, saying thatÂ  the state working committee lacks the power to annul an election.

Briefing journalists in Ado Ekiti, Ajayi said that he expected the chairman to exclude only Ado Ekiti where election did not hold.

The House of Representatives and House of Assembly primaries of ACN in Ogun State, South-West Nigeria, was yesterday marred by violence, intimidation andÂ  imposition of candidates.

Supporters of some aspirants, who lost out in the consensus arrangement, flared up and vandalised the party secretariat.

Trouble started at the ACN Secretariat located on Moshood Abiola Way, Abeokuta, when the partyâ€™s national youth leader, Prince Segun Adesegun, was announcingÂ  the names of the flag bearers for the forthcoming elections.

The announcement, it was gathered, engaged the youths who felt that popular candidates were dropped.

The State ACN Chairman, Alhaji Tajudeen Bello and other party chieftains were said to have sneaked out through the back door to escape being lynched by theÂ  angry youths.

It was learnt that even the presence of policemen at the venue had little impact as they watched helplessly the enraged youths disrupt the exercise.

In some of the stage managed results announced before the confusion, Olumide Osoba, the son of former Governor Olusegun Osoba, got the ticket for AbeokutaÂ  North/Odeda/Obafemi-Owode Federal Constituency, beating the son of M.K.O Abiola, Jamiu in the process.

Reports from Ilorin say that the primaries were also marred by violence, imposition of candidates and intimidation. The development, it was learnt, hasÂ  thrown the party into confusion with many voters threatening a protest vote.

Others expected to pick the House of Representatives ticket are Hon. James Faleke and Hon. Solomon Adeola.

Todayâ€™s ACN primaries in Lagos for the House of Assembly and National Assembly were marred by poor crowd control, thuggery and battering of aspirants andÂ  journalists.

Acme Road, where the secretariat is located was closed by security agents, while motorists were stranded.Â  Thousands of party supporters were locked outsideÂ  the secretariat as area boys and thugs struggled to get into the venue of the primaries.

An Armoured Personnel Carrier was parked at a junction on Acme Road while hundreds of policemen were drafted to the area to ensure security.Â  Many peopleÂ  were beaten up by the police.

There was tension in the area as the atmosphere was very rowdy. Many of the ACN members openly complained of imposition of candidates and vowed to protestÂ  against it.

According to Alhaja Kafilat Sholaja from Epe constituency, â€œI donâ€™t know my representative, they just imposed somebody on us.Â  It is bad.Â  This is notÂ  democracy at all and we are going to resist it.â€

As at the time of filing this report, the gate of the ACN secretariat was still shut while thousands of delegates who will vote at the primaries, localÂ  government chairmen, aspirants, including Hon. Abike Dabiri and several others were still outside.

A journalist with P.M.NEWS, Mr. Jamiu Yisa, who managed to get into the secretariat was arrested and beaten thoroughly by mobile policemen, saying he was notÂ  accredited.

Apart from seizing his blackberry, they locked him in detention centre despite the fact that he identified himself by tendering his identity card.

Several aspirants were also beaten by mobile policemen inside the secretariat for no just reason as the police failed woefully in controlling the crowd.